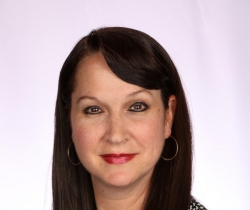 First of all, I haven’t blogged on TSNN in too long of a time.

As important as it is to stay connected to the community in this way, it seems like the hardest thing in the world to find time for. I’ll try harder.

I’ve written on the trade show industry for seven years now. I started at Tradeshow Week in 2006 before coming to Trade Show News Network in 2010.

During that time, I wrote about the go-go days, where shows were booming, mergers and acquisitions deals were happening every which way you turned and it seemed the sun couldn’t shine any brighter.

The good times came to a screeching halt when the economic reared its ugly head though and wreaked havoc not only in the world economy, but also the trade show industry.

There was a period of time when it seemed like all I was writing was one story after another about President Obama telling companies not to go to Las Vegas and the city losing 400 events in the blink of an eye; shows ‘attendance, number of exhibitors, net square footage dropping, sometimes to dangerous levels; other shows cancelling altogether; and there were even companies who shut their doors.

In other words, it was pretty bleak, and even if the economy still is fragile, I honestly have been shocked recently by the number of shows I’ve written about that have had increases in attendance, exhibitors and showfloor, and, more importantly, some of those numbers have been RECORD-breaking.

Case in point is the Shooting, Hunting and Outdoor Trade Show, owned by the National Shooting Sports Foundation and produced by Reed Exhibitions, which had record-breaking numbers, with more than 61,000 attendees visiting a 630,000 net square foot showfloor and 1,600 exhibitors Jan. 17-20 at the Sands Expo & Convention Center.

The Winter Fancy Food Show, the Professional Convention Management Association’s annual meeting and the National Retail Show, all of which ran since the beginning of the year, also broke records.

I actually was on the phone with someone the other day who joked that if I wasn’t known in the business as a reporter with some integrity (or at least I hope so!) people might think I was making these stories up.

I promise – they all are true and are a fraction of the news from shows that I haven’t had the space to run that also are experiencing boon times right now.

Even shows that that went through some really tough times the past few years, like Hanley Wood Exhibitions’ World of Concrete, saw increases in their numbers this year.

I have no doubt this trend will continue.

The trade show industry is a resilient one, and the value of face-to-face couldn’t be any clearer with the success shows are having right now.