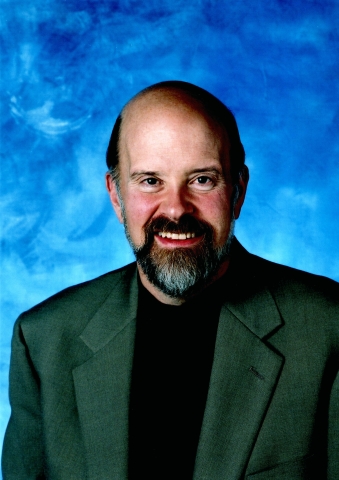 There’s no doubt that the ability for consumers to directly book their own travel online has been a game-changer, and at the top of that game is Travelocity.com, billed as one of the largest online travel agencies in the world.

TSNN is proud to announce that attendees to the 4th Annual TSNN Awards Nov. 1-3 in Reno will have the opportunity to hear a keynote from Terry Jones, founder of Travelocity, board chair of Kayak.com and board member of LuxuryLink, Smart Destinations and Rearden Commerce.

In other words, when it comes to the evolution of online travel booking, Jones has been at the forefront since its advent.

Jones will speak in front of more than 50 show organizers being honored for their fastest-growing events, as well as industry suppliers on Nov. 2 after a lunch at the Atlantis Casino Resort Spa.

“I'm looking forward to celebrating new ideas ON innovation with the 50 fastest-growing shows at the TSNN Awards in November,” Jones said.

He added, “We'll explore the fundamentals of innovation together and create a step-by-step plan for their future through innovation. It will be a great opportunity.”

TSNN President Rachel Wimberly said, “We are beyond excited that Terry Jones will be keynoting the TSNN Awards in Reno. Attendees will have the chance to learn from someone who is truly a trailblazer in his field.”

Other high-profile speakers at the event include David Audrain, chair of the Society of Independent Show Organizers, and Jason McGraw, chair of the International Association of Exhibitions and Events, on the "state of the industry" during the executive conference.

“I am so proud to have Terry Jones as our keynote speaker. This event as always brought our winners and attendees leading keynote presenters who are at the pinnacle of their industries and Terry represents just that," said Adam Schaffer, TSNN Awards awards executive producer and emcee, Tradeshows and Exhibitions, HelmsBriscoe.

He added, "His insight and wisdom into the business world generally, and the travel world – which so impacts our own business – specifically, will cap a day of top flight learning and discussion.”

For more information on the TSNN Awards Nov. 1-3 in Reno, please visit www.T-awards.com.

At Travelocity, Jones was the president and CEO from its founding until May 2002. Previously, Jones served as CIO at Sabre Inc.

Prior to Sabre, Jones joined American Airlines in 1978 as director of Product Development when American Airlines acquired Agency Data Systems, a Florida-based, mini-computer accounting systems company. He became president of the division when it moved to Dallas/Fort Worth.

A graduate of Denison University in Granville, Ohio, Jones entered the travel industry in 1971 as a travel agent with Vega Travel in Chicago. He later served five years as a vice president of Travel Advisors, a company specializing in business travel to Eastern Europe and the USSR, with offices in Chicago and Moscow.

Jones is managing principal of Essential Ideas, a consultancy he co-founded to help companies in their transition to the digital economy. He serves as chairman of the board of Kayak.com and is on the boards of LuxuryLink, Smart Destinations and Rearden Commerce.

He is a venture capitalist with General Catalyst Partners and the Sierra Angels. Jones also is chairman of the Lake Tahoe Shakespeare Festival and serves on the National Information Technology committee of the Boy Scouts of America.

The TSNN Awards will feature an opening night reception, followed by an executive conference, lunchenon, keynote and gala awards dinner the next day and a Sunday brunch.

The Weather Channel’s Jim Cantore Tapped to Emcee TSNN Awards Gala in Atlanta
The most recognized face in weather – The Weather Channel’s Jim Cantore – will step away from his reporting on all of the top events for the past 25 years, including…
Business Journals Inc.’s Britton Jones Named 2015 TSNN Awards Industry Icon Honoree
Trade Show News Network will celebrate Britton Jones, president and CEO of Business Journals Inc. (BJI), as the TSNN Industry Icon Award honoree at the 6th annual TSNN Awards…
TSNN Awards Features Cleveland Cavaliers CEO Len Komoroski Keynote; Celebrity Chef Michael Symon-hosted Brunch
The 5th Annual TSNN Awards: Celebrating Trade Show Excellence will feature a bevy of well-known personalities, including CEO of the NBA Cleveland Cavaliers Franchise – Len…
TSNN Interview: Emilie Aries, Founder and CEO, Bossed Up
In this era of the #MeToo and #TimesUp movements, women across a wide range of industries are speaking up and pushing back against the patriarchal status quo, and the events…
Healthcare Convention & Exhibitors Taps Joanna Peña-Bickley for Opening Keynote
The Healthcare Convention & Exhibitors Association has unveiled the keynote speaker for the opening session of HCEAConnect, the association’s annual educational and…
TSNN Awards Deadlines: “Best of Show” Award, Show Manager of the Year Awards
Have you voted yet for the TSNN Awards “Best of Show” nominees or submitted a nomination for the Show Manager of the Year awards? Both deadlines are this week! Five shows…