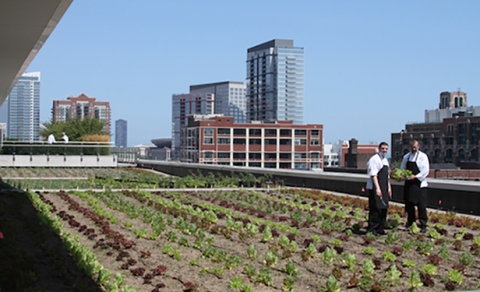 As the importance of lessening the environmental impact of meetings, trade shows and events only continues to grow, here’s what two Midwestern convention centers are doing to help make sustainable planning easier.

With nearly 3 million visitors each year, McCormick Place, North America’s largest convention center, has a large environmental footprint. However, for more than a decade, the 2.6 million-square-foot facility has been actively creating a more sustainable campus. In the last few months, the campus has taken two major steps forward.

In addition, McCormick Place is also home to the Midwest’s largest outdoor rooftop garden (measuring 20,000 square feet), which produces approximately 8,000 lbs. of produce each year that is consumed on its campus, including growing hops to be brewed into beer. They also shop local: One-third of all food purchased at McCormick Place is local, organic or environmentally preferred, and this includes sustainable seafood, meats raised without antibiotics and other farm-to-fork favorites from local businesses. 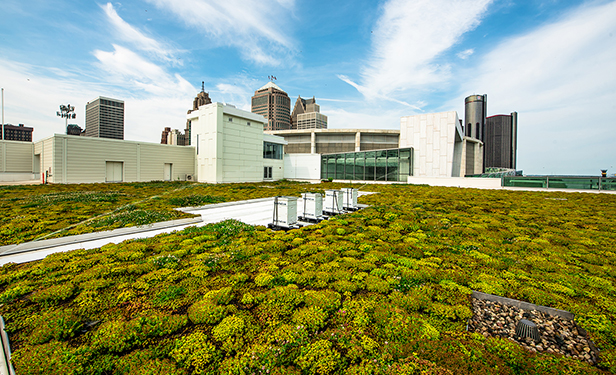 Formerly known as Cobo Center, Detroit’s 2.4-million-sq.ft. TCF Center is the venue of choice for many huge trade shows, including the North American International Auto Show.

In October 2019, it became the largest LEED-certified building in the state of Michigan when it was awarded LEED Gold certification by the U.S. Green Building Council for attributes such as parking spaces on the living green roof, highly efficient water use and zero-waste practices. In addition, it recently underwent a $279 million upgrade that incorporated green components such as low-flow equipment in kitchens and restrooms and more energy-efficient HVAC equipment.

Here’s what else the venue is doing to decrease its environmental footprint:

What green practices are you most looking for in trade show venues? Tell us on Twitter, @TSNN_com_US.