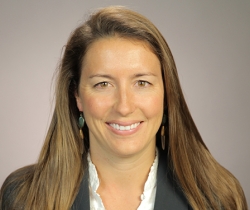 Katie Syk is a marketing specialist for Trade Show Plus who enjoys creating quality content for a variety of mediums.

While trade shows are predominantly still in-person affairs, there is an increasingly important digital component that goes into making an event a success. Your business’s participation in a trade show should involve your entire network – and your social channels are critical in engaging with and building your audience. With these five tips for incorporating social media into your next trade show, you’ll be sure to capitalize on your efforts and make the event worth your while.

Hashtags Are Your Friend

At least on certain networks. Use them on Instagram and Twitter; leave them out on Facebook. And don’t just make them up as you go – hashtags should be used strategically to get the most traction. Include any hashtags that are associated with the event as a whole in each post. These hashtags will likely be established by the event’s organizers, so just plug those in. Next, make your own hashtag for the event that’s specific to your business. It shouldn’t be anything complicated, just something that aligns with your goals for the trade show (and hopefully it will be used by others on their channels as well). If your business has any branded hashtags, you can include those, too. And while we’re talking about Instagram, add a location tag for wherever the event is so it’s easier for users to follow along.

Pro tip: Save all the hashtags you’ll be using somewhere you can easily access to copy and paste them into your posts so you don’t have to type them out each time.

Just as you’re looking to attract attention at the physical show, you’ll want to do the same digitally. Whether it’s a new product launch or a giveaway package, generate maximum interest by incorporating something notable into the show. You can also build anticipation and excitement ahead of the event across your channels by hinting at what’s to come. This noteworthy component should tie in to your business’s goals for the show, so if you’re not sure what to do, try working your way backward from the greater aim of your participation.

Toot Your Own Horn

You deserve it. You’ve put time and resources into preparing for your trade show, so don’t sell yourself short. Highlight the best side of your business by sharing photos of your fantastic booth, happy customers and anything else that shows off what you do.

Make It a Group Effort

Your business is most likely the biggest promoter of itself in the digital world. But don’t underestimate the power of posts from your audience about your business. Known as user-generated content (UGC), the content users share with their network is going to offer a deeper level of trust in your brand. Naturally, a business will show itself in a favorable light – but when an unaffiliated user does the same, it speaks loads for the true value of a product or service.

Encourage trade show attendees to tag themselves at your booth. Set up a contest and award a raffle ticket to users who post a photo of themselves with your logo or who share your hashtag. Providing motivation for UGC will increase participation – and with it, your business’s authenticity.

Between attending presentations, making the rounds to other booths and manning your own, trade shows can get busy. It feels like you’ve just had your midmorning cup of joe when all of a sudden, it’s almost five o’clock. Amidst the activity, don’t forget to post to your social media channels (even if that means skipping the tips above). If your business uses a social media management tool, you might want to schedule out a few posts throughout the event ahead of time. But there’s something to be said for immediate activity, too, which you can’t plan for but will give your profile a more genuine appeal – and likely increase engagement as well!

However you choose to post for your business on social media, have fun with it! Your network will notice and will be more likely to reach out and engage rather than just scrolling by your posts. Feel free to share your own social media tips for trade shows in the comments below.