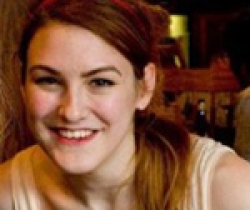 Justine Savage is the Marketing Coordinator and blogger for Nimlok, designer and builder of custom trade show display exhibits and portable displays.

Before jumping into these 7 problems that can be solved by trade show display rentals, I’d first like to dispel a major myth about trade show exhibit rentals.

Some may equate rentals with boring or basic displays and imagine an attendee pointing and discussing how generic their booth is or how much it looks like that other rental over there.

Fortunately, rentals have come a long way, running the gamut from basic portables to practically custom exhibits. Used well, trade show rental displays can fit a variety of needs and solve some basic problems. Now, to the problem solving!

1. Your custom booth is aging

Years ago, your company decided to go all out and invest in a beautiful custom exhibit. It cost a pretty penny, so everyone took great care of it, and while you’ve made small updates over time, your fundamental needs are changing and continue to change year after year. If you can’t afford to redesign, you may be stuck with temporary “band-aids” on your existing booth.

Trade show rentals give you the freedom to make more frequent, temporary updates without added costs. Plus when you’re ready for something completely new, it takes less time and money to go a different direction.

It’s not your fault you need a different display for each of the many shows your company exhibits at during the year. Different audiences call for different design and/or marketing approaches with your booth. While one show may call for AV, another may call for a private meeting space.

Instead of holding onto several displays, you can rent what you need show-to-show, then at the end of the year you’re free to do something completely new for your shows the following year. Plus, if you have several larger options, you’ll likely be saving the cost of storing those booths all year long.

This situation is the polar opposite of #2.  In this scenario your company only exhibits once a year with one large-scale exhibit and replaces it every other year. Those costs add up. Instead try renting a large-scale booth to fit all your needs, then change it up every year without the fear of being stuck with a booth you won’t use next year.

4. You have Exhibit Commitment Issues

Your company just can’t commit to one kind of display, and they change their mind constantly. Chances are, the frequent changes are adding up. Moving over to rental can feed the need to mix things up as often as you like without worrying about a large investment in one trade show display.

5. You jumped into a long-term solution, but it was the wrong choice

Forget commitment issues, your company saw the display booth of their dreams and jumped right in only to realize a few shows later that it wasn’t everything they thought it’d be. Sometimes you just don’t know if something is going to work on the trade show floor (for example integrated technology or a double-deck) until you try it. Most rental display solutions could eventually be purchased if you like, so why not try things out before taking a regrettable leap.

6. It’s not broke, but you want to improve it

Many brands will make updates and improvements to current booths (like mentioned in #1) to avoid the cost of an entirely new one. Instead of adding and adding, use rental as your unlimited source for the parts you want to add for example, technology kiosks, hanging signs, seating and more. Think of it like a library where you can check in and out without permanently taking on a new exhibit piece.

7. You needed a booth yesterday

Whether it was a last minute decision to exhibit or just procrastination (no judgment), your company needs a booth ASAP and it must at least create the illusion of being a custom solution. Starting from scratch with a designer and putting a custom booth into production takes time. Fortunately in the rental game there are plenty of unique kits that look custom. Since rental kits are pretty much ready to go hardware wise, you save a lot of days off the process because now only your graphics have to be produced.

Has your company gone over to the trade show display rental side before? What made them make that decision? Share your experience!