Can Your Trade Show Booth Speak for Itself? 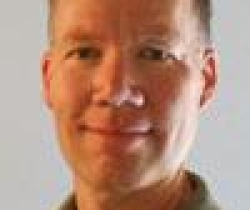 Steve Peterson is the marketing director at Pinnacle Displays,  a trade show display
company that specializes in portable displays for new and smaller trade
show exhibitors.

If you’ve ever attended a trade show and walked the exhibit hall aisles, I think you’ll recognize this type of trade show exhibitor … I call him (or her) the “trade show carnival barker”.

What’s a trade show carnival barker, or as I like to shorten it, a trade show barker? He’s the guy who acts like the loudmouth shouting announcer in front of a carnival side show, haranguing everyone who walks by his booth with comments like “What brings you to the show today” and “Would you like to learn about how my widget works?” At least he’s not saying, “Step Right Up Folks …”

But what he is doing is harassing everyone that walks by, to the point you’ll notice most people moving to the other side of the aisle and avoiding contact as they avoid eye contact and slink to get by and avoid the trade show barker’s booth.

So why does the trade show barker act this way, almost shouting at people, desperately

trying to get their attention and make them to stop? More than likely he has a poor booth design, that doesn’t catch people’s attention and doesn’t explain what his company does and why people should (voluntarily) want to stop at his booth and ask him questions.

If you have a good booth design, you don’t have to resort to being a trade show barker! You can just smile politely and make eye contact with attendees passing by, and those who have an interest in your company can stop and talk with you.

In fact, that’s the downside of being a trade show barker and trying to stop everyone passing by. If you’re being a barker, then you’re not sorting out high value prospects. Not everyone at the show is usually a prospect, and certainly not everyone is a high-value prospect.

So what should your booth design do? Your booth design needs to speak for itself! Fortunately, this is a fairly straightforward objective to accomplish and consists of three relatively simple elements.

FIRST, your design should have an eye-catching big background image (related to your marketing message) that grabs people attention when they walk by. If people don’t at least glance at your design, you’ve failed. For example, it would be hard to miss a close-up of two kids’ terrified faces as they plunge down a roller coaster ramp (of course, remember the image should be related to your marketing message and theme!)

SECOND, your design needs to quickly state a reason that an attendee (that is, a qualified prospect) would want to talk to you. What can you do for them? How can you help them, or solve a problem? Remember, the question to answer is “how can you help them” and NOT “how can they help you”. Their job isn’t giving you a lead; your job is helping them solve their problem.

THIRD, and finally, your design should clearly state who your company is and WHAT you do. Believe it or not, I’ve seen trade show booth designs that are missing this third critical element!

If an attendee asks you what your company does, or even what company you are, your design has failed. If your booth design accomplishes these three simple tasks, then your design will do the job of stopping qualified prospects as they walk by, so they can ask you how you can help them, instead of you needing to resort to the role of the trade show carnival barker who annoys everyone passing by.

Make sure you design a trade show booth that does its job and speaks for itself, and leave the role of being the trade show barker for some other exhibitor at the show.