Coachella 2014: 5 Ways to Event Plan for Your Target 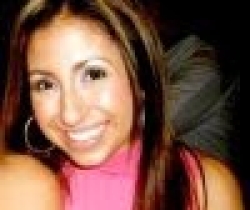 Yes, it’s that time of year again … I was one of lucky few (more than 200,000) people who were able to frolic the Empire Polo Fields in Indio, CA at Coachella 2014. Not only did this year’s event increase my expectations for any future music festivals, I also had a completely different and amazing experience from the last time I attended in 2012.

This year, I didn’t have the luxury of sharing a hotel room with nine women. (Yes I said nine women and luxury in the same sentence. It was a tight squeeze, but hey I lived in a sorority house in college.) Although I was terrified of the term, “car camping,” with an $85 price tag for four days, it was well worth the shot. To sum it up in a few words, I’ll be purchasing a car-camping pass to every Coachella from here on out.

The whole move-in and move-out process was easy-peasy. Moving in took longer than expected, but it was a great time to socialize as they did thorough checks of vehicles for illegal or unwanted party favors. We were then directed to a perfect corner spot with about 20 of our friends to set up our seven camping spots. What did I learn from an event-planning perspective? Event planning based on your target’s needs versus the status quo can improve the attendee experience.

Here are five examples I learned:

1. Trying to Please Everyone Really Works - If you look back at Coachella’s lineup history, 1999 (their first year) didn’t really have a variety of music genre. Taking a glance at this year’s lineup, it showed me just how much they changed that attitude. From rap to electronic to jazz to indie pop and even rock, Coachella blew many music fans’ expectations by bringing everyone’s favorite artists. No, I wasn’t a bandwagon fan who jumped on after finding out Outkast was headlining the first night (I’ve been listening to them for the past 15 years). Their music took me through a sound track of my life. As cheesy as it sounds, it was an emotional experience for me. Beck, Pharell and Nas were also exciting to hear, but half of the fun was listening to people I hadn’t heard and becoming a new fan of a different type of music. Thanks to Disclosure, Flume and Rudimental for birthing a deep house fan this past weekend!

2. Technology Doesn’t Need to Hinder You - Cell service absolutely sucks at Coachella without fail each year (no, cell phone carrier doesn’t matter). How does Coachella work around it? Enable a bluetooth feature within their app! So, cell phone service or not, if you had your bluetooth on, you would receive push notifications and have access to their app. Does bluetooth drain your battery? Of course, but sponsors had air conditioned tents throughout the festival with charging stations. It did take forever to charge, but they gave a tip to turn your phone on airplane mode to remedy that.

3. Social Activities Foster Community - When you bring together this many people, in a relatively small area, you have to get creative when it comes to getting them social. One of my biggest concerns was getting ready throughout my time there. From showering to hair and makeup, I was worried. Coachella created, “Beauty Bar.” This was not only a place to do your hair and makeup (they provided vanities, plugs for hair styling tools, etc.), but also turned into a great place to meet new friends. This was only one piece of their many experiences. Everything from three legged races to a snowball fight, they made sure there were numerous opportunities to connect with fellow campers.

4. Thinking Outside the Box Delivers Results - Do picky sponsors make you worried about your event’s over-all experience? Have no fear, Coachella dealt with it seamlessly. Heineken is their beer sponsor, which means it’s the only beer served at the festival. It’s a bummer for those who don’t like it, but how do they make this better? A “cold storage station,” which allowed festival goers to bring their own Heineken (much cheaper than inside the festival) and store it onsite (with a thumb print scan, you could have an ice cold beer in your hand). Plus, the “Heineken House” within the festival was a club for those over 21, offering food, surprise music guests and even chili infused beer! These are great examples of how to make sponsors happy without diminishing attendees’ experiences.

5. Regulations and Rules Shouldn’t Hinder Your Ideas - Regulations and rules can rob your creative genius of fabulous ideas. How did Coachella work around sound regulations in Indio and let campers continue enjoying music after the festival? I give you, “Silent Disco.” At 1 A.M. each night the resident camp D.J. (they switch D.J.s every 45 minutes, which goes back to my variety point aboveJ) turns the music down to silent and campers are given bluetooth head phones where they can listen to what the D.J. is spinning until they’ve had enough (they will stay on all night). It’s a great way to respect rules, while not ruining anyone’s fun. Genius I tell you and not to mention a ton of fun.

I’m a loyal fan of Coachella because of their passion for music and the attendee experience. Over the past 15 years, they’ve stayed true to the event, only modifying it to their ever-changing attendee base. We can all use reminders that the experiences we create give people memories they’ll never forget. Until next year Coachella!

P.S. I hope everyone attending Weekend Two has an amazing time (sorry for all the ruined guest appearance surprises).

Any events you’ve attended and taken away planning tips? Share them below with our readers.