Help Predict the Future of the Best Event Technology 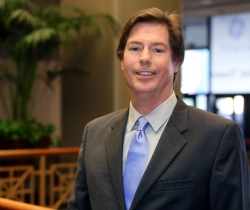 Jay Tokosch is the CEO of Core-Apps, a technology provider and mobile software company for the trade show and events industry.

Thanks to #TBT, we don’t have to go far for a glimpse at the days gone by. If you’re old enough to remember the 1980s and 1990s you’ll remember fads like: Members Only jackets, acid-washed jeans, leg warmers, neon everything and especially big – big hair, big shoulder pads and big boom boxes.

Looking back now, we laugh about all these horrible fashion don’ts. But we often forget that just as many fads during these two decades were technology related. Thankfully, the 1980s and 1990s gave us major technologies like the personal computer, CDs, mobile phones and game consoles that we still use today. But just like the bad fashion disasters disappeared, many technology fads like Walkmans, DIVX, the Apple Newton MessagePad PDA and DATs, quickly faded too.

Not to be confused with today’s DivX—the ability to compress lengthy video segments into small sizes –the DIVX of the 1990s was a way to rent movies digitally. Electronics retailer Circuit City piloted this technology: you rented a disc, watched your movie for two days, and then you’d toss the discs or pay a fee to keep watching the movie.

But the problem was customers had to buy a whole separate player to watch DIVX movies. And even worse, the video rental industry championed against the technology. DIVX quickly faded from the market after a few short years.

The Event Tech Trend: An Integrated Approach to Event Technology

So what can we learn from the DIVX flop?

You’ll save time, money and resources with an integrated platform, and your attendees will have a streamlined user experience. And no worries about one of your event technologies going the way of the DIVX.

Long before the days of iPhones and iPads, Apple attempted to introduce its own personal device assistant in the 1990s. The Apple Newton MessagePad was extremely innovative and essentially was the father of future PDAs.

However, the highly inaccurate handwriting recognition software and exorbitant price tag prevented it from truly catching on. It was ultimately discontinued in 1998 and many don’t even recall Apple’s early foray into mobile technology.

Flash forward less than 10 years later and Apple redeemed itself with the launch of the first generation iPhone. Since then, storing, accessing and creating information on a portable, mobile device has become ubiquitous in every aspect of our lives. And there truly is an app for everything.

The rise of mobile and event apps isn’t a fad and won’t be going anywhere. In particular, event apps have transformed every aspect of the event experience, from becoming an easy way to access and update the latest event information to a robust tool for matchmaking, networking and in-the-moment messaging.

In fact, watch mobile event apps become more as a critical hub for every interaction between attendees, sponsors, exhibitors and planners. And organizers who embrace mobile apps will keep their events relevant and meaningful for attendees – something the MessagePad couldn’t do

A 1980s staple, instant cameras used self-developing film to create a developed printed picture shortly after you took a picture. Remember the unique sound of the picture being printed, and how you’d fan the picture and watch slowly as the image appearance before your very eyes?

While there has been a nostalgic resurgence recently, the transformation to everything digital was a prime driver in the decline of instant cameras.

Just as every aspect of photography has gone digital, so has the event experience. No more printed materials, schedules and collateral. Static wayfinding and navigation have gone by the wayside. And manually planning, tracking and managing sessions or meetings to attend has disappeared.

Event technologies like mobile event apps make it possible to plan and navigate an event from the palm of your hand. Build a personalized agenda right inside your app? Done. Meet-up with other like-minded attendees? Check. Deliver real-time alerts and messages? Finished. Drive attendees to participate and engage through gamification challenges? Mission accomplished.

Forward-thinking organizers will find ways to embrace and create digitally powered experiences in every aspect of their events. Going digital is a surefire way to give attendees, exhibitors and attendees an experience that useful and innovative.

Though you probably made mix tapes, few recall that digital audio tapes (DATs) were introduced in the late 1980s. These cassettes recorded at CD-quality or better, and were designed to replace analog cassette tapes. But DATs ultimately failed because the music and recording industry were concerned about piracy and protecting recording artists’ rights.

Just as protecting recording artists’ rights was in the 1980s, the need for data security and privacy in event technologies remains a top-of-mind concern for organizers and attendees alike.

There’s more data than ever – much of it highly sensitive – including registration and housing information, social media insights, survey data, attendee information and much more.

Unlike the days of DATs, it’s not an “us” versus “them” mentality. Work with your event technology provider to protect and secure event data. Review data security policies and ask what data safeguarding procedures are in place, including where data is stored and how often it’s backed up. Protecting and securing data is always in favor.

Many don’t recall that Betamax was the first home video cassette format to market – appearing in homes nearly a year earlier than VHS. But VHS ultimately won the format war. Why?

Beta machines could only initially record for 60 minutes, compared to three hours on VHS. This limited recording time ignored a pretty basic idea – movies are longer than one hour. So anyone wanting to watch or record a two-hour movie needed multiple Betamax cassettes. It’s no wonder why VHS prevailed in the short-term.

If Sony and Betamax would have thought about the need for movie producers to have more than an hour of recording time, they might have had more success in the home video market.

Same with event organizers. Use event technology to deliver value and meet the needs and wants of stakeholders. For example, many sponsors and exhibitors are concerned about visibility and the traffic they receive, and that’s where event technologies like beacons and heat mapping can be used to deliver value. When real-time floor traffic measurements and heat maps deliver tangible proof of attendee traffic, the needs of sponsors and exhibitors are met. And when you’re showing value, it’s a way to secure future participation – something that Sony didn’t understand with Betamax until it was too late.

No look back at the 1980s and 1990s would be complete without mention of Teddy Ruxpin—the lifelike teddy bear that featured moving eyes and a mouth that moved to the tune of audio books played via a cassette deck in the bear’s back. The toy became a multi-billion-dollar product in a few short years, but many found the robotic bear a bit cold and creepy. The company who made the animatronic toy ultimately filed for bankruptcy, though other companies have continued creating different versions.

What can organizers learn about the future of event technology from the likes of Teddy Ruxpin? The toy enhanced an already powerful bonding experience between parents and their kids – reading bedtime stories. And just as this nightly ritual won’t change for families, networking at events remains a top priority for event attendees, exhibitors and sponsors.

Given the importance of networking, it makes sense to use event technology to make it easier for attendees to connect and communicate more easily.

Take a lesson from these 1980s and 1990s fads about the future of the best event technology: