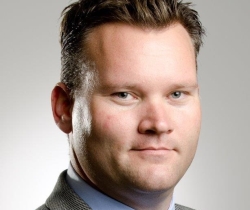 Phil Bloomberg is the Vice President of Commercial Sales at WilsonPro, which manufacturers commercial cellular signal booster technology. Connect with him on LinkedIn and Twitter.

From Facebook Live to Periscope to YouTube, live streaming is more popular than ever. In fact, some marketing analysts have dubbed live streaming “the future of social media.” You can live stream everything from a backyard softball game to a congressional hearing.

The big money is in live streaming professional sports games, fashion shows and music festivals. Big-name brands are investing significant sums in sponsoring live streams. T-Mobile sponsored the YouTube stream of the Coachella music festival, and 7Up is rumored to have spent upwards of $30 million to sponsor festivals and DJs in 2014.

“(Live streams) are a terrific way to partner with a brand and bring the festival experience to consumers who can’t make it to the event,” Matt Frampton, vice president of sales with the Pitchfork Music Festival, told IEG’s Sponsorship Report last year.

It shouldn’t come as a surprise that live streaming is so popular; mobile video consumption rises 100 percent per year, according to YouTube. And live streaming drives engagement. Facebook found people comment 10 times more on Facebook Live video than regular video.

What does this all mean? If you’re an event organizer, facilitating live streaming needs to be an important part of your planning checklist. But even if you’ve meticulously designed every other detail of your event, it means nothing if you can’t connect your stream.

Cellular connection plays a key role in live streaming events. Without it or a reliable internet connection, your live stream might be over before it even begins. That’s where passive distributed antenna systems (DAS) can help. This time- and cost-effective technology has helped event organizers across the country and could help you facilitate live streaming at your next event.

You have connectivity options for live streaming, including Wi-Fi, ethernet and cellular, just to name a few. The latest 4G LTE cellular networks and mobile hotspots provide streaming-optimal data speeds of between 2-5 megabits per second, but those speeds aren’t achieved without difficulty.

Live streaming events can be a challenge, especially outdoor events in remote areas that can be affected by distance to the nearest cell phone tower, and natural obstructions like mountains and trees. For large events with large crowds, cellular signal can also be hampered by bandwidth and reliability concerns.

One way to overcome these challenges is with a passive DAS, also known as commercial cell phone signal boosters. This solution works by capturing the cellular signal from nearby cell towers via antennas and routing the signal to a cellular booster. The booster then amplifies the signal and redistributes it throughout the area using smaller antennas, with signal power increased up to 32 times.

Unlike competing active DAS, which is an infrastructure- and cost-intensive solution, passive DAS does not require approval from the Federal Communications Commission and takes just a few days to install. One of the other standout attributes of cell signal boosters is that they’re carrier agnostic. Whether your event patrons use major carriers like AT&T, T-Mobile, Verizon and Sprint, or a smaller regional carrier, they get the same amplified signal.

Live streaming represents an important revenue stream but engaging with event patrons is just as important. A strong cellular signal means patrons can interact on social media and with any official event apps, and connect with friends. All without organizers needing to worry about whether a Wi-Fi network will become overloaded.

For better or worse, the days of simply enjoying a festival, concert or other events for the performance itself are gone. Live tweeting, Instagramming and live streaming (either officially or unofficially) are key components to a successful event. Without the right connectivity, your event could appear lost in the Stone Age.