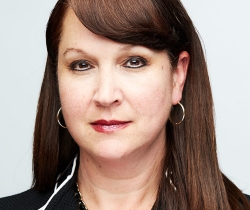 Last week I had the great pleasure of taking part in the International Association of Exhibitions and Event’s Women’s Leadership Experience, held Nov. 28, the first day of Expo! Expo! in San Antonio Texas.

The room was packed with mostly women (there was one man!), and the speaker – Emilie Aries – founder and CEO of www.BossedUp.org kicked things off by setting the stage on where things are for women in the workplace.

We’ve all heard the statistics, how far behind we are in the wage gap, how long it will take us to catch up, how few female executives there are on just about any list, etc.

She encouraged the room with “This world is full of injustice. You don’t get what you deserve, you get what you fight for.”

Heck yes, I believe in that 100 percent.

Then came the gut punch.

Aries polled the room, asking how many had experienced gender bias at work? 87 percent said that they had. OUCH.

Then she asked the next question – how many had been sexually harassed at work? 83 percent of the room said that they had.

It’s not just happening in news rooms, or movie studios or comedy stages, sexual harassment is everywhere, and it’s just not acceptable. At all. Not one bit.

So, as an industry – what are we going to do about it? How can we work together and empower women to stand up for themselves, especially the younger women entering the workforce?

How can we also break the existing culture and make sure there are zero tolerance policies enforced in the workplace when it comes to sexual harassment of any way, shape or form?

It’s not a ‘male’ vs. ‘female’ problem alone. I have been in two different situations at major companies I worked at a long time ago at which I was sexually harassed by my direct boss and reported it to female managers above my boss who actually said they ‘did not want to rock the boat’ (their own executive boat that they had fought very hard to get into) by creating a ‘situation’ that was likely going to be a ‘he said, she said’.

Yes, ladies, we need to stick up for each other as well.

Aries had a few excellent possible solutions for tackling not only sexual harassment, but also gender bias.

She suggested that all staff needs to be trained on gender bias and sexual harassment; make sure you are hiring women into leadership positions; put processes in place for dealing with both gender bias and sexual harassment issues, and make sure they are followed; create mentoring/sponsoring programs for women; consider being transparent about everyone's pay; do a blind hiring (no names, just resume) and see what happens; and nurture women into leadership roles.

These are just a few great suggestions, more can be found on www.BossedUp.org.

The bottom line is NONE of us want 87 percent of the women in any room representing our industry to have experienced gender bias at work, not to mention the disgraceful 83 percent who had experienced sexual harassment at work.

We need to, and can, do better as an industry.

HERE is information on IAEE's Women's Leadership Forum April 30-May 1 next year in Washington, D.C.