What the Meetings and Events Industry Can Learn from RFRA 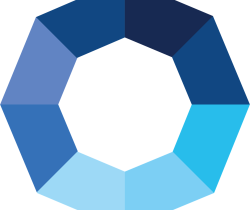 Recently, we saw the rise and fall of Indiana’s now infamous Religious Freedom Restoration Act (RFRA). What began as a quiet, state-level policy soon erupted into the most hotly-contested debate in the United States.

RFRA initially specified that government could not "substantially burden" a person's ability to follow their religious beliefs, unless there was a compelling interest in imposing that burden or government could do so in the least restrictive way. For many, the legislation left too many possibilities for legalized discrimination against the LGBT community.

Guided by the belief that everyone should be able to conduct business free from discrimination, leaders across the country stepped up to champion an alternative way forward – demanding equal treatment for all, with no exception.

Calls to immediately suspend business travel, conferences and conventions placed pressure on Governor Mike Pence and the Indiana state legislature and threatened a heavy blow to their public support, political capital and economic growth. Critics of RFRA helped force a much needed policy change in a remarkably short time. Their work is to be applauded, although, it came at a price.

The services provided by the meetings and travel industry often go unnoticed, but as members of our industry know very well, the economic impact is unmistakable.  Indianapolis' tourism and convention business is estimated to have a $4.4 billion annual economic impact with some 75,000 jobs. Nationwide, the meetings and travel industry contributes more to national GDP than the air transportation, motion picture, sound recording, performing arts and spectator sport industries. Our industry creates hundreds of thousands of jobs and generates billions of dollars in revenue, supporting communities across the country.

Boycotts like the ones we saw in Indiana have unintended consequences for local communities, who count on in-person meetings, events, conferences and conventions to sustain themselves. Local businesses were not the targets in this case, but they were certainly caught in the cross hairs.

We are mindful of the local economic impact when a meeting is cancelled because we know that hosting an event, convention or trade show stimulates a region’s economy by bringing in new visitors, who stay in area hotels, eat in local restaurants, shop in neighborhood stores and bring new revenue to the destination.

Experiencing a destination first hand is the best marketing tool for a community. While at a meeting, attendees have the opportunity to explore a destination and those experiences often influence their decision to come back – whether for business or leisure travel.

With the potential for RFRA to emerge as an issue in more than a dozen other states, it may now be time to ask whether it is fair to leverage local businesses in order to win political battles.

As Leonard Hoops, president and CEO of Visit Indy pointed out in a statement opposing the initial act: “Indy is open for business to all. The passage of the state’s RFRA did not change who we are overnight, or the fact that our community values and appreciates all of our guests.”

The issue in this case was with politicians, not local businesses.