Why Staff Training Matters for Attendees (Part I) 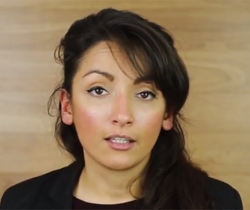 Thea Vinereanu is the Business Development Manager for Trade Show Stars, which provides trade show staff training to help increase the quality and quantity of leads as well as provide more value to attendees, sponsors and show organizers alike.

If you’ve gone spelunking through our Trade Show Stars blog archive, by now you’ve gathered that training staff is your best asset to stand out at your show, get better leads and have a whole lot more fun at the show. It benefits everyone: attendees, show organizers, your company and even other booths. I’m writing some extra content around these topics because reflecting on all the show aspects that improve make training seem like a no-brainer. Let’s start with attendees.

To quote Jay Z (loosely), “they could’ve been anywhere in the world, but they here with you.” We should appreciate that. Attendees have taken time out to go to this event because they’re looking for another company to fix a problem of theirs.

Walking around a show is exhausting and honestly, booths with similar products and services start to look and sound the same after a few hours. And if you’ve owned or worked in a store, you know that when someone walks in it doesn’t 100 percent mean they’re going to buy something and hopefully, you don’t ignore them until they declare, “I want to buy something!” Then why do we do it at the booth?

And (same scenario) if there were throngs of people outside your store but no one was coming in, would you just chalk it up to, “I guess no one is hungry/shopping for clothes/has any remote desire for anything my business sells”? No! You would hopefully get out in the middle of all those people and find some business.

Attendees have indicated by their presence that they need something and if you’re at the right show for your vertical, 33 percent of attendees need something you sell. Your competition at the show also sells similar things, so how will you stand out?

(By raffling off a sweet Yeti cooler, of course!)

(By offering an open bar!)

(By hiring some girls to pass out totes, duh!)

Trade shows are a great place to meet new leads face to face. If two companies have similar portfolios, most of the time the business goes to whoever the prospect felt had a better understanding of their needs and felt that the rep was honest and genuine. Many of those attendees have either not heard of (no offense), bought from or dealt directly with your company before that show. Is the first impression you want to give of your company as one of many similar booths, with booth staff looking at their phones or talking amongst themselves?

Additionally, great staff ask great questions, which also improves the show experience for attendees. I have lost count of how many times I’ve stopped because a staffer asked me a question and they freeze as if they can’t believe initiating a conversation actually brought someone over that originally wasn’t going to stop. It works, I promise! You just have to do it.

The next step is letting the attendee do most of the talking because they will divulge what you need to know. That way you have a much better idea if they need what your company sells and will make following up much easier.

Ninety-eight percent of booths will speak for several minutes on what they do, (possibly) ask what the attendee does and then talk some more about what they do. I understand this because I did it at my first booth job when I truly did not know any better. But it’s so boring and makes the quality of a lead almost nil. Challenge yourself and your staff to do better. Use these trade show tips to produce some serious trade show rock stars!