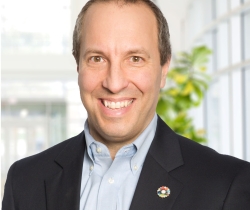 Once your event is over and everyone has gone home, your job isn’t finished.

After all, an event’s ROI isn’t immediately measurable. It can take up to 10 weeks after the show for a prospect to take action. During this period, your ability to create touchpoints will determine whether prospects decide to take meetings, review literature, or provide a RFP opportunity.

Post-event engagement is also important for gaining feedback on the success of your event. There are two questions to keep in mind for your attendees: Did they learn something new? Are they likely to participate in an expanded relationship?

It’s said that it takes nine reminders for someone to vote for a political candidate. You might not be panning for votes, but the concept is the same — follow-ups breed success.

Reach Out With the Right Team

Depending on a potential customer’s level of engagement, the right person needs to maintain contact.

Marketing should handle your B- and C-level leads for continual grooming. Once their interest is piqued and they become A-level leads, sales takes over. This can be before, during, or after the show. After the customers and prospects buy in, your sales representatives are their go-to people. Basically, your goal is to steer them into your arms by leading them through a sales funnel.

But how do you guide them once the show is over? Play it cool, and get creative.

1. Follow up — but don’t be pushy. Provide a follow-up email or call, but don’t rush it. Wait at least two days (but no more than 15) after the show. Most attendees will be inundated with messages once they return to work, and they’re going to need time to dig themselves out. An immediate call might seem annoying or inconsiderate, but if you wait too long, you could be forgotten.

2. Send post-show gifts. At one conference, we hosted a private event where we provided gifts at the end of the evening. It was a nice idea, but we were missing the opportunity to create an additional meaningful touchpoint.

If you’re offering gifts at an event, send them to your attendees a few weeks later instead of at the show. This not only helps reduce attendees’ travel load, but it also provides you with another opportunity to make a contact. Have a sales rep call a couple days after the gifts have been delivered to reminisce and talk about next steps.

3. Use digital media. Last year, we hired “America’s Got Talent” finalist William Close to demonstrate his massive Earth Harp at an event. After he performed, attendees tested out the exotic instrument and took photos. Later, we held a contest in which the person who got the most Facebook likes of him or her playing the Earth Harp received a high-end gift. This was a fun way to maintain engagement and share the event with a wider audience.

You can also post a wrap-up blog article that includes event highlights, photos, and links to related information. Through social media and blogging, you can keep the conversation alive as long as possible. Cisco can attest to the importance of maintaining engagement through digital media. The company created a year-round social media campaign around its Cisco Live event and saw a 236 percent increase in click-throughs as a result.

Even if you’ve provided a stellar event, memories fade as people get back to their lives. Remember — converting is a process, so once the event is over, don’t be a stranger.

This article was originally published on loyalty360.