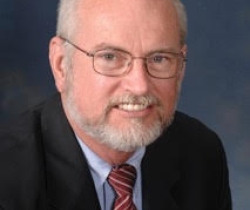 As self-described nerd, he fell in love with the artistic concept of pointillism as a teenager. This type of art technique, developed by Georges Seurat and Paul Signac in the late 19th Century, encompasses using small, distinct dots of color applied in patterns to form an image. Unfortunately, the young Hansen loved using the labor-intensive technique so much that he developed nerve damage in his hands preventing him from even drawing a straight line. Psychologically crushed by his shaking hand, he stopped his drawing and spent time away from art until he was told by the doctor who informed that his nerve damage was permanent to “Embrace the shake.” Hansen took the idea and did indeed embrace the shake, realizing that the limitation could drive creativity. He soon recognized that his physical limitation could be transformed creatively into using unconventional techniques and materials. His website http://www.philinthecircle.com says and shows it all. He embraced the limitations stating, “We tend to believe we need to look to the outside for help. Challenging times allow us to look internally.”

He stressed that dwelling on self-limitations blocks all paths. The power to succeed is to recognize our limitations and to combine resiliency, our ability to adapt and to use our imagination to look outside the box.

One doesn’t have to go far to recognize that in the trade show business we are faced with limitations both personally and through those we work with and also through obstacles thrown in our path such as weather, acts of God, physical restrictions and the logistical limitations of the venues in which we work. By recognizing these limitations, we can then look into ourselves and become creative in finding solutions; and in many cases, the lemons of our lives can become lemonade.

Creativity takes nerve. Not all the things we try will succeed, but we need to be willing to take chances. That is where a lot of us fail. We are afraid of failure and the ramifications therein, personally and with our management. The successful trade shows of the future will embrace the need for change and the need to make shows experiential. Perhaps our worst limitation is that many of us get satisfied with the status quo, especially if it has been working in the past. Like Hansen, we need to “shake” out of focusing on the limitations and see how we can embrace creativity.