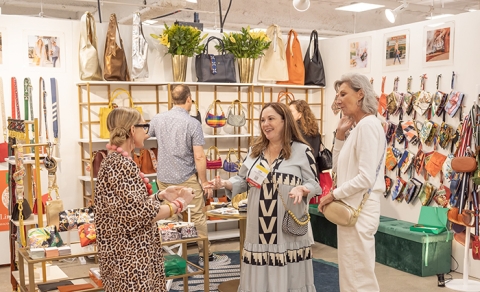 Boasting an influx of new buyers and first-time brands from across the U.S., along with a bevy of strong order-writing, the June edition of the Dallas Total Home & Gift Market at Dallas Market Center set a new record as the B2B trade center’s largest summer show in more than a decade.

Held June 22-28, the seven-day marketplace for gift, home décor, lighting, holiday, floral, gourmet, housewares and fashion welcomed 2,000 exhibitors and 13,000 buyers from across the U.S. and Canada as well as Central and South America.

“We were extremely pleased with the attendance, especially among new buyers from across the country,” said Cindy Morris, president and CEO of Dallas Market Center. “Frankly, business conditions this summer and economic forecasts are uncertain, so consistent order-writing was a welcome result, especially for exhibitors who offered new products or unique items.”

She continued, “The reimagined Temps was the highlight of a summer show that once again demonstrated the Dallas momentum. We have hosted record-setting shows for more than 18 months that created dramatic tailwinds, but now we are facing economic headwinds that slowed things down a bit. That said, we continue to make gains—including attracting more new buyers and brands who want to do business in Dallas.” 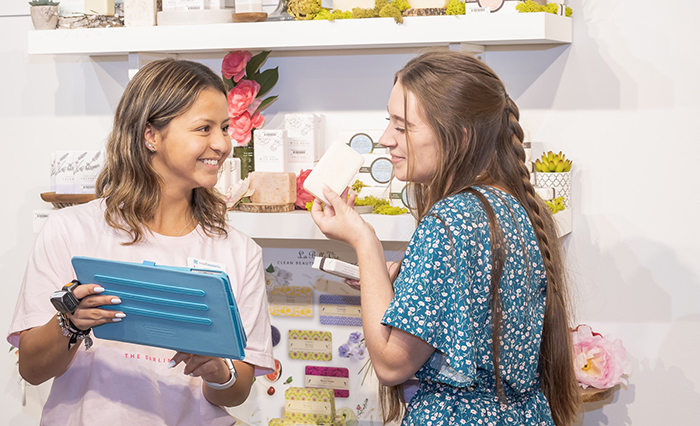 According to Dallas Market Center officials, first-time buyer attendance was ahead of June 2021 as well as pre-pandemic shows, and attendance continued to widen geographically, with buyers from the Southeast increasing 29%, and Midwest and West buyers growing 7%.

In addition to thousands of independent retailers, representatives from a who’s-who of major stores and buying groups added their buying power to the marketplace’s energy and commerce.

More than 40 new and expanding permanent exhibitors and hundreds of new temporary exhibits debuted at the show inside Dallas Market Center’s sprawling, 5 million-square-foot campus, along with special exhibits, events and seminars.

Among the show’s exhibitor community, many noted a positive shift in retailer and designer confidence as well as a new buyer presence that helped contribute to strong showroom traffic and record sales.

“Dallas Market did not disappoint!” said Angela Schmook, vice president of sales and marketing for RoadRunners. “Market started with a bang having one of our best early-bird days ever. Our reps booked solid appointments, and the sales were strong overall.

"Several existing brands had some significant new product introductions that retailers were clearly craving," she said. "We did see a significant slowdown in attendance over the weekend, but the market in total was a success.”

Many also commented that their daily sales at the June event exceeded last year’s order-writing at the show.

“It was our best summer show by double digits,” said Randa Crisler, vice president of The Portico Collection. “We started writing business during the Apparel show, continued during pre-market days, and then the show itself. We saw buyers from coast to coast, and they truly responded to new products and collections by placing orders.” 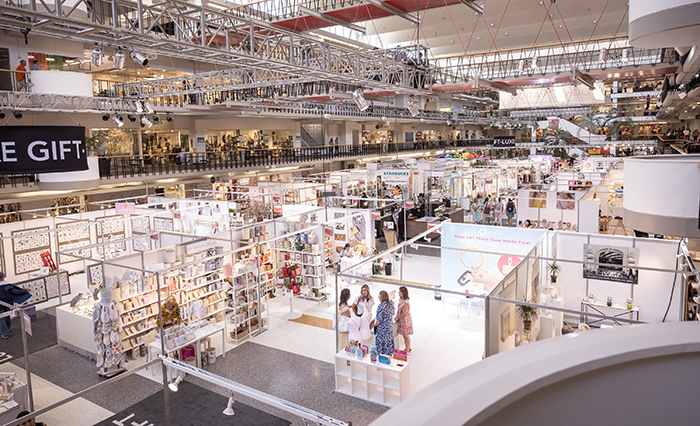 As the largest Temps presentation in more than 10 years, the newly reimagined temporary exhibits at Total Home & Gift Market featured more than 1,100 exhibitor booths across five distinct neighborhoods showcasing new products and brands. Nearly 50 percent of exhibitors were first-time participants, including Jason Feyka, co-owner of Replica Décor, who was enthusiastic about his first experience at the show.

“We heard from other [exhibitors], ‘You’ve got to go to Dallas…people will love you in Dallas,’ and we’ve met people from all over,” said Feyka. “We’ve exhibited at other trade shows, and our experience here has been one of the best.”

Repeat exhibitor DJ Hernandez, west coast regional sales manager with Pura Vida Bracelets, was also effusive about the positive experience his company was having, and why it’s been returning to exhibit at Total Home & Gift for five years.

“What keeps us coming back is the relationships,” Hernandez said. “We’re building so many great relationships with our accounts that every time we come back, it’s like a family—we can hug our accounts and do business at the same time.”

Highlighting the busy event were a plethora of special events, collections and programming, including panels, parties, the 71st Annual Retailer Excellence Awards and fundraisers including “Showrooms Feeding Families,” which raised more than $20,000 for World Central Kitchen.