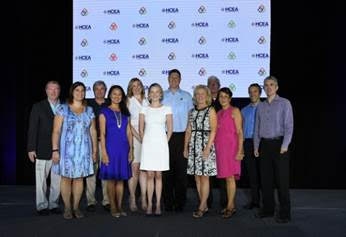 The Healthcare Convention & Exhibitors Association recently announced its 2016/2017 Board of Directors.

The 2016/2017 HCEA Board, which officially took office Aug. 16, formally was presented during HCEAConnect, HCEA’s annual gathering for a time of learning and networking.

Don Schmid with Pfizer was installed as the new president of this nearly 100 year-old organization.

“HCEA has assembled a Board of accomplished volunteer leaders representing all facets of our industry,” Schmid said.

He added, “I am excited to work with this esteemed group of industry experts in what I consider the premier organization for the healthcare convention and exhibits industry.”

Joining Schmid on the Board are: