Once viewed as a luxury, high-speed wireless connectivity without restrictions is now an expectation of business professionals, particularly at hotels, conference and convention centers. With telecommunications infrastructure now considered an expected utility, large convention facilities are under increasing pressure to keep up with the latest in technology infrastructure, wireless solutions and security upgrades.

As a result, venues across the country have partnered with telecom companies such as Smart City Networks, known as the largest provider of telecommunications and technology in the U.S. convention industry, which has been busier than ever helping event facilities provide the latest and most advanced solutions.

The new year kicked off with several major projects for Smart City, including one of the largest wireless networks ever deployed inside a convention center in North America at the Orange County Convention Center in Orlando, according to Mark Haley, president of Smart City Networks.

“To say we’re excited is a huge understatement,” Haley said. “The capabilities of this new network will keep the Orange County Convention Center ahead of the game as event planners’ technology needs continue to grow.”

Started in January and slated to take a crew of 26 technicians working full-time for a year to install more than 1 million linear feet of Category 6 cable, the OCCC wireless network installation will include over 3,100 of the latest generation of Cisco access points with 802.11AC Wave 2 capability, which means increased speeds for more users. 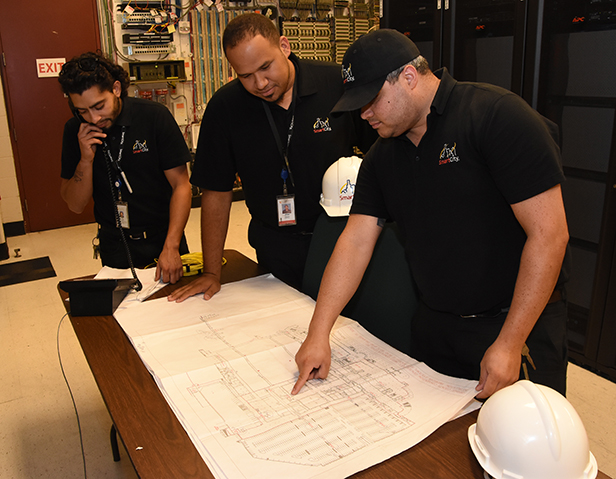 Device capacity will increase by 50,000 to allow up to 64,000 concurrent devices online. The upgraded bandwidth capabilities will far exceed industry standards with a fully redundant network backbone operating at 20Gigabits as well as 40Gigabits of fully redundant internet connections.

“These technology updates focus on enhancing the experience of our attendees,” said Jessie Allen, OCCC interim executive director. “With all of the other campus improvements that we have made over the past year, Smart City’s massive network upgrade will keep us ahead of our competition for years to come.”

According to Smart City officials, installers will be working to accommodate the OCCC’s busy show calendar, which means they will be working plenty of nights. This is not an unusual scenario for the telecom provider, which has executed 20 major network upgrades consisting of both Wi-Fi and Distributed Antenna Systems (DAS) over the last four years including a new network at the Hawaii Convention Center that was completed in just 27 days.

More recently, the company signed a three-year contract extension with facility management firm AEG at the Los Angeles Convention Center, with new upgrades on the horizon to prepare the venue for future technology.

“Our continued partnership with Smart City enables the LACC to bring the best technology services to our clients and guests, and establishes the facility as a premier event destination,” said Ellen Schwartz, AEG general manager at the LACC.

The contract extension includes an upgrade to LACC’s networking capabilities including its wireless infrastructure. The exhibit halls will be updated with new WiFi 5 access points, with significantly increased density, while all other areas of the facility will benefit from further WiFi density. Throw in a new Cisco Wireless LAN controller and all these upgrades equate to greater density, better speeds and the ability to support more than 375 percent more devices than before.

Since Smart City became LACC’s technology and telecommunications provider in 1988, the facility’s technology needs have changed dramatically, and Smart City has worked to adapt along with them.

“Over the past five years, AEG and L.A. Tourism have increased the number of technology-driven events booked at the facility,” said Julia Slocombe, vice president of Western Operations at Smart City Networks. “This upgrade and our continued partnership with AEG will position LACC to attract new tech-heavy events to downtown Los Angeles.” 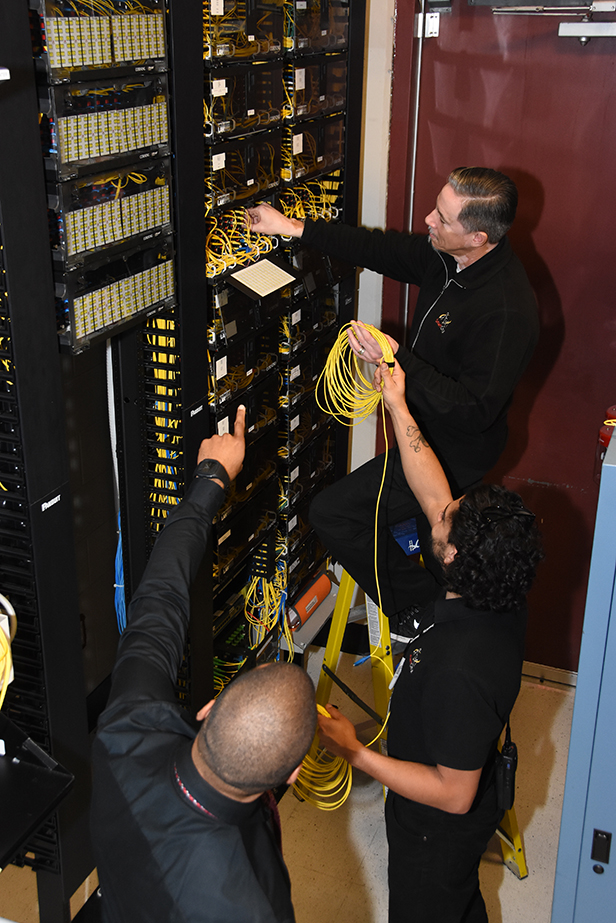 In late 2018, Smart City Networks partnered with AT&T on a project to build a new DAS that expanded the cellular service coverage and capacity at the Kay Bailey Hutchison Convention Center Dallas in Dallas, Texas.

According to Smart City officials, the DAS installation took less than seven months to complete and can distribute Verizon, T-Mobile and Sprint signals.

“This technology upgrade is a game changer for our facility, and we thank AT&T and our local Smart City Networks team for making it happen,” said Rosa Fleming, interim director at the KBHCCD.

Designed to cover all 2.2 million square feet of the facility with full occupancy, the DAS installation required 11,000 feet of coaxial cable, 106,000 feet of fiber optic cable, 172 remotes, and 252 antennas. The new system allows more users to stay connected to their mobile devices by eliminating dead spots and improving network reliability.

To stay on top of the latest cutting-edge telecommunications and technology, Smart City uses emerging software technologies in conjunction with Cisco Systems while staying abreast of the latest in Cisco certifications to maintain its industry-leading position, explained David Langford, Smart City vice president of technology.

“We’ve instituted an ongoing and continuous upgrade program to keep our servers and equipment on the latest version of software and firmware to patch any known security vulnerabilities or added features,” Langford said. “We also scan our systems continuously looking for any undiscovered issues.”