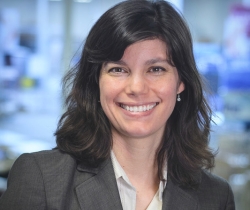 Health Care trade shows in the U.S. are currently in a period of re-adjustment. In a (recent industry study), research indicated that in the latter half of 2015, shows that are on an annual schedule (excluding outliers) took 0.6% less square footage of exhibit space than in the first half of 2015, had 1.9% fewer exhibitors, and attendance was down by 1.2%. The city of Chicago hosts two of the nation’s largest shows, Atlanta hosts two large shows and Las Vegas hosts one huge show and several smaller ones. Other top medical shows take place in Orlando and various cities in California. If you are looking for a good reference on the basic challenges and rules of healthcare events, Exhibitor Q&A has a good starting point summary.

While the adjustment in the number of exhibitors and attendance is likely to continue, in light of expected changes in the industry, many shows have demonstrated staying power in the industry. We have listed those notable shows below.

American Academy of Ophthalmology Annual Meeting – Nov. 11-14, 2017. The AAO Show, held in 2015 in Las Vegas, had 28,355 attendees, up an impressive 15.1% from 2014, and the attendance was up in all categories: U.S. Physicians, International Physicians, Health Professionals and sub-specialties.

Neuroscience – Nov. 12-16, 2016 in San Diego. This annual conference’s attendance in 2015 was 29,033, down 7.1% from 2014. The 2015 conference was held in Chicago and the 2016 conference was in San Diego. The Neuroscience conferences are a hotbed for sharing up-to-the-minute research, findings, and techniques among the world’s elite neuroscientists. Vendors are also held to elite standards, with requirements that all exhibits be of an educational nature, and emphasizing instruments, products and services for use in research or teaching.

Radiological Society of North America (RSNA) – Nov. 27-Dec. 2, 2016. Held annually in Chicago, the RSNA show had an attendance of 51,000 in 2015, down 9% from 2014. The 2015 RSNA show boasted international registration of 38% of the professionals in attendance. The theme for the 2016 RSNA conference was Beyond Imaging: Maximizing Radiology’s Role in Patient Care. There were 659 exhibitors, representing professional societies, radiological equipment manufacturers, lab equipment and supplies, software developers and more. And, if you weren’t able to attend in person there was an option to participate virtually!

American Association for Clinical Chemistry Annual Meeting & Clinical Lab Expo – July 30-Aug. 3, 2017. Although the AACC show in 2015 was sold out, with attendance of 17,600, it was down 9.3% from the attendance numbers of 2014. This is a show that appreciates marketing innovation from its more than 750 exhibitors and has an international buyers’ program. As reported by the show organizers from attendee surveys, 24% of attendees have the authority to make purchasing selections, 24% recommend products, and 20% are responsible for evaluating options for purchase. It’s an ideal show for exhibitors representing lab-related products to bring their most impressive and effective trade show exhibit!

HIMSS Conference & Exhibition – Feb. 19-23, 2017 in Orlando. As much a technology as a healthcare show, this is a must-attend event if you want to find what is new in tech for healthcare. Over 40,000 health IT professionals, clinicians, executives and vendors worldwide attend this show. This show offers classes, world-class speakers, cutting-edge products and networking.

Molecular Medicine Tri-Con – February 19-24, 2017 at the Moscone Convention Center in San Francisco, California. If you are working in diagnostics and drug discovery, this is a must-attend event. Attracting over 3,500 drug discovery and development professionals, including developers, payers, and researchers from over 40 countries in 2016. The Tri-Conference has grown into a diverse event, focusing on Molecular Medicine, specifically on Discovery, Genomics, Diagnostics and Information Technology.

American Academy of Orthopedic Surgeons (AAOS) March 14-18, 2017 at the San Diego Convention Center. This show changes venue on a yearly basis. With over 10,000 exhibitors, attendees have the opportunity to see and evaluate new products, nurture vendor relationships and network with other attendees.

MD&M East June 13-15, 2017. MD&M East Expo and Conference is the East Coast regional show in a series of medical manufacturing events throughout the US and the world. Other shows in that family include MD&M West, Pri-Med West and MD&M Midwest. MD&M East is the gathering point for more than 500 leading medical technology suppliers and manufacturers, including 3M, Abbott, The Tech Group, Phillips-Medisize and Stratasys. The show is organized by UBM the organizer of multiple medical and manufacturing shows throughout Europe and the U.S.

American Society of Clinical Oncology (ASCO Annual Meeting) June 2-6, 2017 in Chicago. This show was ranked 68th on TSNN’s 2015 trade show list as determined by square footage. With 407 medical exhibitors, over 30,000 attendees and hundreds of educational and research sessions, this event represents a key learning and networking opportunity for both exhibitors and attendees.

Medtrade Oct. 23-26, 2017 at the Georgia World Congress in Atlanta, GA. This show gathers Home Medical Equipment manufacturers and buyers. In addition to exhibits, there are speakers addressing legislative and regulatory environment as well as networking events.

Association for the Advancement of Medical Instrumentation (AAMI Conference and Expo) June 9-12, 2017 in Austin, Texas. This show is attended by over 2,000 biomedical technicians, clinical engineers and other managers and users of medical devices. The expo showcases over 200 healthcare technology from top medical equipment manufacturers.

While there are other shows that focus on Dental (Greater New York Dental, Chicago Dental), Laboratory (Pittcon 2017), Audiology (Audiology Now!), Vision (Vision East) or Emergency medical care (EMS World), we feel the shows described in the list above are the most relevant purely medical shows in the US. Let us know if there is another major medical show that you attend that should be added to the list.

Special thanks to Brian Butler from Skyline Boston and Scott Price from Skyline Exhibits New Jersey for their advice regarding medical shows to include in this post.