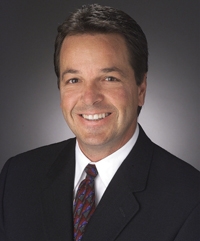 At the recent Shepard Exhibition Services’ three-day client event, Sandbox, which recently was held in Atlanta, Brian Casey, the president and CEO of the Center for Exhibition Industry Research, presented trade show industry trends occurring now and into the future on the final day.

Casey began his session by talking through the latest CEIR Index Report numbers, which tracks the overall health of the trade show industry by looking at 14 different industry sectors.

The good news is; the industry still is growing, albeit at a slow and steady pace.

Casey then broke down the trends into separate areas, taking a look at ones that impacted organizers first.

A few of the trends he mentioned included the fact that exhibit space is exceeding demand right now, which he added was “artificially pumping up margins in the business.” He cautioned organizers should focus on creating other revenue streams as a result.

Casey said the recession also caused some organizers, particularly associations, to get so risk averse, they were essentially frozen in place. He added that it always was important to evolve with the times and not fall behind.

He also suggested organizers to remember that they were in the business of relationship selling and encouraged them to not only see their biggest exhibitors every year, but also their biggest attendees.

Overall, he said the trend of “mega-shows” has fallen sharply and is moving towards smaller, “cozier” events.

For exhibitors, he said they “weren’t just writing checks” anymore and wanted to pay for results. Casey added that they also want quality over quantity when it comes to the business that comes to their booths.

In regards to facilities, he said that many had fourth generation construction underway and there were several that needed major upgrades. Other trends included fewer exclusives, free Wi-Fi in public areas, partial space repurposing and some facilities are becoming organizers as well.

“Space exceeds supply, yet supply grows” he added of facilities.

“I think people who are fearful of technology … ought to be thinking of how to integrate it into their exhibitions,” he added.

Shepard’s Vice President Richard Maples closed the Sandbox program with an overview of Shepard’s 2013-2014 investments, including upgrades to the OLP system, introduction of FAB tensions fabric (highlighted during Sandbox) and new freight-tracking systems.