Has Your Show Been Targeted by Hotel Room Block Poachers? 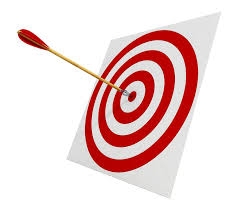 More and more shows are grappling with the issue of having their attendees duped by fraudulent housing companies that lure them in with cheap rates, take their money and then, when they show up onsite, there literally is no room at the inn.

“We get clobbered over the head with this in Las Vegas,” said Larry Schur, president and COO of All Baby & Child, which runs ABC Kids Expo.

Every year, thousands of attendees and exhibitors flock to the show, and every year, at least a half dozen people get taken in by what the industry calls “housing poachers” or “housing piracy”, he added.

“They take people’s money, and then they don’t have a room,” Schur said. “They change their identity once a week.”

He added that it’s not always newcomers to the show that get taken; sometimes larger companies also get scammed by booking several rooms through the fraudulent housing companies.

It’s also not just ABC Kids Expo or Las Vegas that’s dealing with this problem. Shows in cities across the U.S. have been targeted as well.

Kenji Haroutunian, who runs the Outdoor Retailer shows biannually for Emerald Expositions in Salt Lake City, Utah, said, "We are having some challenges for OR shows with unofficial housing poachers … there is already a lot of anxiety around downtown SLC housing for OR show attendees, as the demand far outstrips the supply of rooms."

He added, "Cold calls from housing organizations not affiliated with us breeds distrust and creates extra workload for our team who constantly have to clarify our housing arrangements in conversations and in print/digital communications."

The APEX Room Block Poaching Workgroup was formed to raise industry awareness on the impacts of poaching and to develop best practices, tools, resources and education to aid individual meeting professionals in managing and protecting room blocks.

“Hotel ‘poaching,’ or ‘piracy,’ is not new, but seems to be on the rise and affecting meetings around the globe. In some instances, a meeting’s management team may be unaware that rooms are being poached,” said MaryAnne Bobrow.

She added, “The stellar group of individuals that form this workgroup won’t be able to eliminate the practice, but we can develop awareness and best practices for minimizing its impact.”

Meeting planners are being asked to take an APEX survey on how their events have been impacted by hotel block ‘poaching’. The survey is open until April 29.

In order to combat the poachers, Schur said they have several strategies in place, including listing all of the companies who have previously approached attendees to warn people beforehand; working with their housing company Wyndham Jade and sending out an eblast once a quarter reminding people only to book with the show’s official housing company; and sending out a slew of cease-and-desist letters.

“I told our lawyer he should just give me a letter with his letterhead,” Schur joked.

He added the only way he and his team can figure out that the poachers are getting contact info is through the show’s online floorplan that list exhibitors’ information. One tactic they are considering is to have a passcode for people to view the floorplan.

“We are doing everything we can to warn people about this,” Schur said.

Here are some resources to take on poachers:

The International Association of Exhibitions and Events has a sample cease-and-desist form letter. The Professional Convention Management Association also offers a letter to use.

Examples on show’s Web sites to warn about poachers for SEMICON West and AudiologyNOW!.

Fill Your Room Block: Experts Explain How
By Elizabeth Johnson If you’ve lost sleep worrying about filling your hotel room block and avoiding attrition charges, you’re not alone. It’s a major concern for many meeting…
Study Reveals One in Three Group Room Nights Are Booked Outside Room Block
A study jointly released by ASAE: The Center for Association Leadership, Center for Exhibition Industry Research, Destination & Travel Foundation, Meeting Professionals…
USPOULTRY Awarded $750,000 In Damages Against Convention Hotel Poacher
Hotel room poachers may think again before ruffling the feathers of the U.S. Poultry & Egg Association (USPOULTRY) and its annual trade show and conference, the…
Want to Know Where Your Shuttle Bus Is? Event Transportation Systems Has an App for That
Event Transportation Systems, a shuttle transportation management company for corporate and association meetings, conferences and conventions, has released its latest web-…
In a Revolutionary Industry, Why Has the Trade Show Booth Evolved So Slowly?
The trade show industry is quite a revolutionary one, with new trade events, consumer shows, festivals and a variety of applied technologies. However, over the course of time…
Emerald Expositions Possibly Going on Sales Block (Reuters Report): Buys CEDIA Show
One of the largest trade show companies in the U.S., Emerald Expositions, is exploring a possible sale that would value the company at $2 billion, according to a Jan. 25 news…