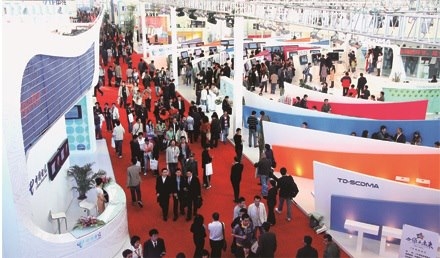 With a population of 251 million and the fastest-growing economy in the G20 after China, Indonesia is a hot spot for new shows, including U.K.-based Tarsus Group and U.S.-based E.J. Krause & Associates partnership to launch CONNECT EXPO COMM INODONESIA 2014.

E.J. Krause’s EXPO COMM-branded series of shows is a leader in its sector, and Tarsus already has several shows in the country, such as Connect Indonesia, which runs as part of the annual Indonesia Infrastructure Week.

CONNECT EXPO COMM INDONESIA 2014 will provide an international platform for telecommunications, media, wireless mobile and ICT firms to meet and connect with national and regional decision makers responsible for the roll out of Indonesia’s massive broadband deployment program.

A dedicated National Broadband Congress will also be held in conjunction with CONNECT EXPO COMM INDONESIA 2014.

The three-day Congress will fall under the theme “Empowering the Next 120 Million Internet Users Across Indonesia - in support of the Indonesia Broadband Plan” (IBP).

The IBP is directly funded by the Indonesian government and has the objective of expanding national economic strategies with the use of Broadband-enabled technologies.

“With Indonesia’s economy on the rise, currently the largest in South East Asia, we see massive potential in investing in the market. CONNECT EXPO COMM is the perfect opportunity to accelerate ICT development in South East Asia,” said Ned Krause, CEO of E.J. Krause & Associates.

Because of its political stability and growing economy, Indonesia is on the fast track for growth in the region. As part of that growth, Information Communications Technology (ICT) and Broadband deployment have been earmarked as key government initiatives.

CONNECT EXPO COMM INDONESIA will be held in November 2014.