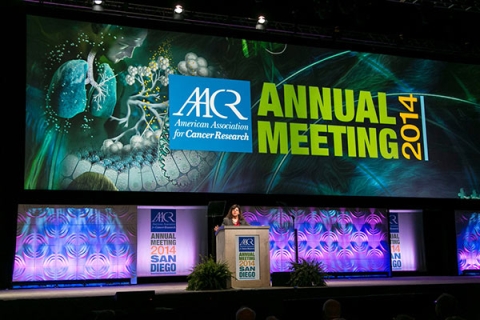 Recent labor changes at the Pennsylvania Convention Center already are paying off, with the Philadelphia-based American Association for Cancer Research selecting its hometown for its 2015, 2019 and 2024 Annual Meetings.

The AACR Annual Meeting will take place April 18–22, 2015, at the SMG-managed center and will be the largest meeting held in the city next year.

“Philadelphia was a natural choice for our 2015 Annual Meeting,” said the AACR’s CEO Margaret Foti, PhD, MD (hc). “The city is not only our hometown, but it is also an epicenter for groundbreaking cancer research and related biomedical science.

She added, “We look forward to welcoming more than 18,500 laboratory cancer researchers, oncologists in a variety of disciplines, representatives from the pharmaceutical and biotechnology industries, and patient advocates from around the world next April at the Pennsylvania Convention Center. This is a huge, complex scientific meeting, and SMG and the PHLCVB have been very enthusiastic, professional, and responsive to our needs throughout this entire process.”

According to the Philadelphia Convention & Visitors Bureau (PHLCVB), the primary sales and marketing arm for the Center, AACR Annual Meeting 2015 attendees are expected to use more than 30,000 total hotel room nights and generate more than $41 million in economic impact for the Philadelphia region.

“The AACR is showing its support for continued convention growth in the city by bringing our Annual Meetings back to Philadelphia for 2015, 2019, and 2024,” said AACR’s Senior Director of Meeting and Exhibits Pam Ballinger.

Projected attendance and economic impact of the future meetings scheduled for 2019 and 2024 are not yet available, but these milestones are expected to be even high as the AACR has been dramatically expanding its membership and impact every year.

"SMG has made significant progress in making the Center an even better place for organizations to host their conferences and meetings, and the word is getting out in the industry,” said PHLCVB Executive Vice President Julie Coker.

She added, “AACR’s decision to commit to three future meetings demonstrates confidence in the Center and the changes being made to deliver customers the best possible experience. We are continuing to build momentum and The PHLCVB team, SMG, and the Convention Center continue to pursue a range of opportunities to fill our convention calendar, keeping hospitality workers in hotels, restaurants, and other businesses busy for years to come.”

Earlier this year, the Pennsylvania Convention Center Authority and SMG entered into a new labor agreement with four trade unions that work on the showfloor.

That agreement addressed a range of customer concerns, provides exhibitors with greater flexibility, has made work on the show floor more efficient, and has generated a new sense of camaraderie among the four unions that work at the Center.

In the wake of those changes, the American Industrial Hygiene Association (AIHA) and the National Black MBA Association (NBMBAA) recently announced the selection of Philadelphia and the Pennsylvania Convention Center as the venue for their upcoming conventions. These two events are projected to bring an estimated 14,000 attendees to Philadelphia and generate $35 million in regional economic impact.

“We continue to take steps to make this the best convention facility in the nation,” said Lorenz Hassenstein, the Center’s general manager for SMG.  “When we deliver exhibitors and attendees with a great experience, it makes show organizers and meeting planners look good, which helps us to attract new and repeat bookings.”

He added, “We have worked to make the Center even more customer-friendly, create a more efficient show floor, and streamline processes that make it easier to do business at the Center. The industry best practices we have implemented have been getting great feedback and the meeting and convention industry has taken notice.”