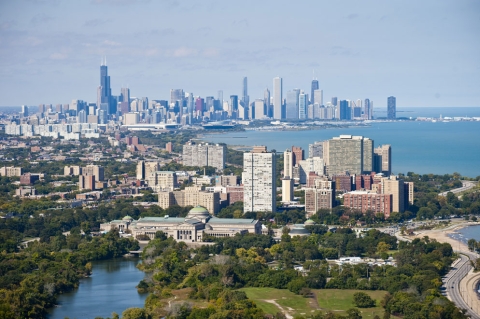 In an effort to streamline operations and save costs, Chicago Mayor Rahm Emanuel announced a plan to combine the Chicago Convention & Tourism Bureau and Chicago Office of Tourism and Culture, naming current CVB head Don Welsh president and CEO of the new entity.

Joining the two organizations not only is meant to save $1.3 million in administrative costs that will be reinvested in national and international marketing campaigns, but also sets a goal of attracting 50 million visitors per year by 2020, resulting in nearly $4 billion a year in additional annual revenues for Chicago’s economy.

Besides a focus on drawing in more regional and international leisure visitors, Welsh said there will be continued efforts to bolster the convention and meetings industry in Chicago.

“In the world of conventions and meetings in Chicago, nothing has been bigger than getting the labor reforms resolved at McCormick Place,” Welsh said.

He added that within a month of taking office, Emanuel made it his priority to help solve the labor situation at McCormick that was a result of show organizers pulling their shows from the venue citing high labor costs.

“To me, (solving this situation) was the biggest victory we’ve had,” Welsh said.

Now, with the bureau and tourist office combined, the city is ready to move forward and attract even more visitors to the city.

“This new organization will allow us to focus all of the city’s efforts to attract visitors for business, pleasure, and culture,” Emanuel said.

He added, “By coordinating our efforts and establishing clear, measurable goals, we will show the world that Chicago is the best place to visit.”

Welsh said next steps included working on a combined plan to launch a unified organization with a new name and structure by July 1.

One of the biggest benefits that will come from the joint efforts, he added, is the increase in funds earmarked to bring even more convention and meetings into Chicago.

Chicago’s annual tourism spend is close to $18 million, compared with other top-tier U.S. destinations, such as Las Vegas, with $225 million annually to spend, and Orlando, with nearly $50 million.

Chicago will get a chance to show off what it has to offer on an international stage with two major events – the NATO and G-8 summits – on tap on the city May 19-21.

Don Welsh: There Will Be a Silver Lining, But We Are Not There Yet
The coronavirus pandemic has sent the travel industry into a tailspin, but there is light at the end of the tunnel—however long it may take us to get there, says Don Welsh,…
Destination Marketing Association International Names Don Welsh from Choose Chicago President and CEO
Destination Marketing Association International (DMAI) named Don Welsh, CEO of Choose Chicago, as the new president and CEO. DMAI retained the executive recruiting firm…
Automechanika Chicago, NACE Will Merge in 2017
Automechanika Chicago, a trade show dedicated to high-end technical and management-related training for automotive collision and service repair shops, along with NACE (the…
Social Stalking - How It Will Help You Win Leads at Shows and Beyond
My first company focused solely on online reputation management, so I have a relatively strong digital presence and am generally off put when someone doesn’t “Social Stalk”…
Marketing Firm mdg Expands Its Footprint with Chicago Office Opening
Trade show marketing firm mdg has expanded its foorptint by opening a new office in Chicago to service several clients based in the area. The downtown office will be led by…
Microsoft Ignite Will Bring 20,000 Attendees to Chicago in May 2015
Chicago Mayor Rahm Emanuel, Choose Chicago President and CEO Don Welsh, members of Chicago-area organized labor and Microsoft general manager Julia White recently joined…