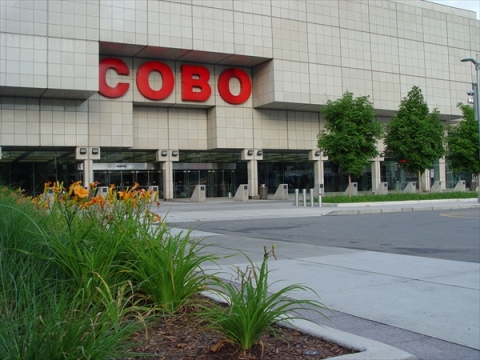 After two years of negotiations, Detroit’s Cobo Center and five unions working in the building have formed a new labor agreement that streamlines services and makes costs more predictable, according to venue officials.

He added, “This is a significant step forward to clarify and maintain exhibitor rights and make our operations more efficient and competitive.”

The ultimate goal was to improve the customer experience by transforming the relationships between facility and show management, exhibitors and local labor, according to venue officials

“We have seen the positive changes that the convention facility authority and SMG have made to the work environment and the facility, and we are proud to be a part of the effort to bring trade shows and convention visitors to Detroit,” said Dick Reynolds, executive director of the Michigan Regional Council of Carpenters, one of the five unions supplying services to exhibitors who are parties to the agreement.

Here are a few highlights of the new agreement:

Exhibitors could save up to 33 percent on material handling labor

Greater leeway for exhibitors setting up their own booth

“Local union leaders have stepped forward to help us transform the way Cobo Center operates, and they have joined the team that is putting Detroit back on the map as a viable and attractive location for trade shows conventions and corporate meetings,” said Larry Alexander, CEO of the Detroit Metro Convention & Visitors Bureau and chairman of the DRCFA.

The five unions participating in the efficiency agreement were:

Local 58 of the International Brotherhood of Electrical Workers

Local 38 of the International Alliance of Theatrical Stage Employees and Moving Pictures Technicians, Artists and Allied Crafts of the United States, Its Territories and Canada, AFL-CIO, CLC

Local 299 of the International Brotherhood of Teamsters