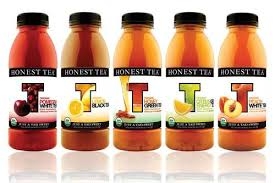 Two of the most common sponsorships sold by trade show planners get a thumbs down from exhibitors - logos on signage and attendee materials such as bags and lanyards no longer make the grade.

Integrating the sponsor’s actual product into the event gives the company a chance to demonstrate its real value rather than just add awareness. It appeals to companies both large and small.

Technology integrator, BlabFeed, débuted its rapid charging stations at Digital Economy, a tech conference for the financial services industry. Attendees could use the featured product by securely locking a phone in a charging port using a credit card. Additionally, it outfitted the venue’s ATMs with display toppers that played interactive content and sent analytics back to BlabFeed. The combination created a buzz at the show.

Other shows have used this idea by asking sponsors to donate a product as a prize for social media or in-person contests.

Whether it’s a celebrity or industry leader, sponsoring an event’s headliner gives an exhibitor the opportunity to align itself with a well-known figure.

“Mr. Strawberry is known for the many successes of his career. He is an icon that is recognizable even by those that don’t follow sports,” said Christopher Denniston, marketing and communications manager at Rapid Response. “This sponsorship was a chance to align ourselves with a New York legend and bring show guests an unforgettable experience.  We hope that dealers will enjoy the experience and take a moment to learn about the many ways Rapid Response is bringing the future of monitoring to them today.”

What is more important to attendees than reliable free WiFi? Perhaps nothing. Blabfeed also sponsored WiFi at BarCamp, but took it a step further. It renamed the wireless network to "blabfeed" with password "getonboard" (its slogan) and created a lock gate that encouraged users to enter their email/like it on Facebook/follow it and the conference on Twitter.

“It was simple to do and garnered hundreds of mentions throughout the day,” said BlabFeed Founder/CEO Keith Fix.  “I was thrilled to overhear two men talking about ‘what is Blabfeed?’ after connecting. Often sponsorships get lost in the noise, but I felt this was a strong and memorable sponsorship.”

For some events, the conference program is more of a draw than the exhibit hall. Sponsorships that use elements of the host city’s culture within the exhibit hall play a big role in drawing attendees into the hall in a fun way.

The Joint Statistical Meetings 2015, held in Seattle, used a 30-foot by 30-foot space in the back of the hall to create a unique look that emphasized the cityscape and what makes Seattle unique in order to bring the flavor of the city into the hall. Several sponsorships were offered, but the most popular were microbrew and wine tastings, sponsored by Capital One and Juno Therapeutics, respectively. The companies were very happy with the exposure and enjoyed interacting with attendees while the beverages were served.

Kathleen Phillips Wert, director of meetings at American Statistical Association, noted that offering these options brought attendees in the hall more often and for longer amounts of time.

Exhibiting dollars are tight and companies often find it difficult to make an impact on attendees. Creating new, exciting and creative opportunities for exhibitors to reach their goals has become a critical responsibility for trade show planners.

Denniston summed up what many sponsors feel when he said, “We are always interested in doing things “outside of the box” whether it be within our booth or at an event off the showfloor.”

Help Your Exhibitors Get Their Brand Message and Story “Heard” - How Sponsorships Add Value to Your Event
Sponsorships have a direct and long-lasting positive effect on a company’s brand awareness and strategy. By offering the advantage of a sponsorship opportunity within the…
Is Zero Waste Really Attainable at Trade Shows?
The idea of going zero waste at a trade show is a pretty interesting notion and can be an intense undertaking. A recent study by Statista found that 18 percent of U.S.…
GES Sponsorship Strategy & Sales Released to Help Clients Optimize Sponsorships
An event provides one of the most powerful opportunities for sponsors to get their brand and message out in a face-to-face environment. For event organizers, sponsorships can…
Creative Sponsorships to Increase Event Revenue
Event professionals know all too well the pressure to increase revenue each year. Budgets get tighter, costs are cut and yet the attendee experience is expected to improve –…
Three Ways to Supercharge Your Sponsorships
I’ve been in the brand experience business for more than 20 years. During that time, I’ve learned a thing or two about what makes a sponsorship work and why.  For most of…
Here’s What Trade Show Professionals Really Want in Event Technology
If you could create the perfect event tech platform that would solve all of your event-related issues while helping you to achieve your ultimate trade show goals, what would…