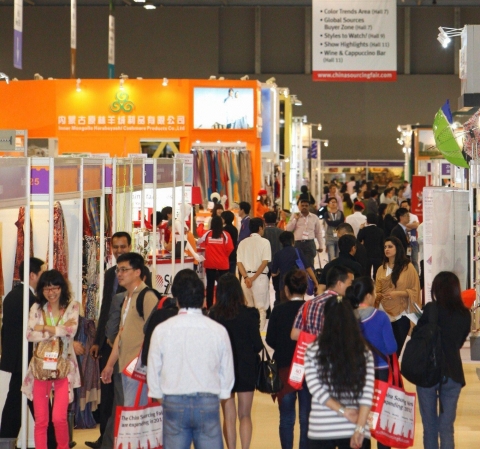 More than half of the revenues were generated from the company’s exhibitions business – amounting to US$92 million.

That represents an increase of 3.3 percent, compared with the previous year. Global Sources’ online business generated about 38 percent of total revenues (US$64 million) – representing a 15 percent year-on-year decrease.

The revenues were generated from the company’s print business which recorded an 11 percent decrease – down to US$5.8 million.

Another US$8.9 million was categorised as “miscellaneous”.

Global Sources’ guidance for the first half of 2016 expects revenues from continuing operations to be between US$78 million to US$80 million. That is down compared with the 2015 first half result of US$85.9 million.

Earlier this week, Global Sources announced the planned retirement of its CEO, Spenser Au, who will remain as CEO until the end of the year and assist the company in transitioning to a successor.

Global Sources’ Revenues and Profit Down in Q2
NASDAQ-listed Global Sources released its financial results for the quarter ended June 30 2014. Revenues in the quarter were US$58.3 million, a year-on-year decrease of 5%.…
Global Sources 2014 Revenues Flat, Profits Down
This week, NASDAQ-listed Global Sources reported its full-year revenues for the year ended Dec. 31, 2014. Revenues in 2014 were US$198.2 million – similar to the US$197.5…
Global Sources’ Revenues and Profits Both Down in 2016
NASDAQ-listed Global Sources released its financial results for the year ended 31st December 2016.  Revenues from continuing operations in the year were US$157.7 million…
Viad’s Overall 2015 Q1 Revenues Down 7.4 Percent, Same-show Revenues Up 7.4 Percent
Negative show rotation in the first quarter of 2015 had an impact on Viad’s overall revenues, dipping to $264.4 million, compared with $285.6 million in the first quarter of…
Global Sources Posts 57 Percent Exhibition Revenue Third-quarter Loss
Global Sources, a leading business-to-business media group based in Hong Kong, has recently reported its financial results for the third quarter ending Sept. 30. Revenue from…
Pico Far East’s Revenues Down 4 Percent in 2017
Hong Kong-listed Pico Far East announced its annual results, for the year ended Oct. 31, 2017. The company reported total revenues of US$510 million, down by 4 percent year-…