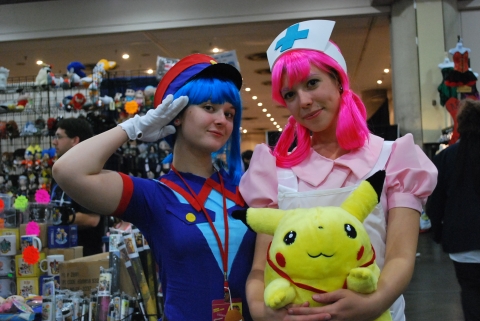 As the leading global destination and online streaming platform for Japanese anime and East Asian media, Crunchyroll is about to take its first foray into the event world with the launch of Crunchyroll Expo.

Scheduled Aug. 25-27 at the Santa Clara Convention Center in Santa Clara, Calif., the new event will offer everything ardent fans have come to expect from the popular brand wrapped into three jam-packed days of anime, manga, games and cosplay, as well as unique exhibits, immersive activations and guest appearances by some of the biggest personalities in Japan and the U.S.

Crunchyroll Expo also will feature a host of special events, premieres and interactive features focused around anime pop culture, including the latest content coming out of Japan and ways for fans to connect and share their passion for anime.

In addition to anime, the event will bring together key partners, exhibitors and influencers from the video game, manga and cosplay worlds.

“Crunchyroll has always invested in anime conventions,” said Dallas Middaugh, head of events at Crunchyroll. “It’s the best way to interact with our biggest fans, and with Crunchyroll Expo, we’re taking the best aspects of con-life and going next-level.”

He continued, “Crunchyroll has a special relationship with our fans and we’re uniquely positioned to give back to those fans with an incredible experience.”

With more than 1 million paid subscribers, 20 million registered users and 800 titles, Crunchyroll is the largest online provider of Japanese anime and Asian media, with fans spending billions of minutes per month on the platform viewing anime content, enjoying manga, participating in discussions and catching up on the latest Japanese pop culture news.

Crunchyroll has tapped LeftField Media to produce and manage the show, which plans to take full advantage of the SCCC’s 100,000 square feet of exhibit space, as well as its conference facilities for panels, premieres, screenings and special events.

“Our team has built pop culture events around the world and our goal with all of them is to create an environment where fans can be themselves and bond with others over shared enthusiasm,” said Greg Topalian, president and founder of LeftField Media, which is owned by Topalian and Clarion Events.

He continued, “We bring this same goal to what we’re helping to create at Crunchyroll Expo. By combining our planning expertise with Crunchyroll’s anime knowledge, we know we’ll create something anime fans will be excited about for years to come.”