Mark Shashoua Will Step in as CEO of ITE Group, Company’s Half-year Revenues up 13 Percent 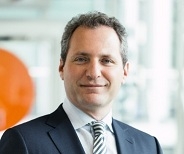 Mark Shashoua, who currently is CEO of London-based i2i Events Group, now will be stepping back into a familiar place, as CEO of ITE Group, also based in London. Shashoua was one of the original founders of ITE Group in the early 1990’s.

Shashoua will succeed Russell Taylor, who will stand down Sept. 1 from the Board and as the Group’s CEO, following thirteen years at the company.

“On behalf of the Board and all of our employees I would like to welcome Mark Shashoua to ITE. Mark has been a key figure in the international events industry for over 20 years and inherits a robust platform,” said Marco Sodi, chairman of ITE Group.

He added, “The Board conducted a thorough search process and believes he has the necessary qualities to take ITE to the next phase of its development.”

Since November 2011, Shashoua, has been CEO of i2i Events, an international high-growth B2B events and trade exhibitions company, part of Ascential.

Before joining i2i, Shashoua was involved in establishing Expofund Ltd, a corporate investment fund and was an Operating Partner with Advent International (2009-2011).

In 2000, he co-founded and spent nine years at Expomedia Group, which was floated on the Alternative Investment Market in December 2001.

Shashoua was managing director of ITE from 1995 to 1998 and then CEO upon flotation on the London Stock Exchange.

“I’m delighted to be joining ITE. During Russell’s tenure he has developed the business from its original Eastern European roots and expanded it into multiple markets,” Shashoua said.

He added, “The business enjoys many market leading events in the geographies it serves and I look forward to actively developing the business moving forward.”

ITE Group also released its half-year results ending March 31, and even with declines in Russia and Central Asia, the company still saw a 13-percent increase in revenues to $91.7 million (£63.6 million), compared with the same time period in 2015.

“ITE has delivered a good first half performance showing the benefits of the Group’s diversification strategy,” Taylor said.

He added, “The trading environment in Russia and Central Asia continued to be challenging over the first half but the acquired Breakbulk portfolio and Africa Oil Week together with the increased stake in ABEC’s Indian events portfolio have supported a good performance from the group’s business in Asia and the rest of the world.”

Oil-dependent countries, in which the company has approximately 50 percent of its business, continue to reflect the difficult trading environment and weaker currencies we have experienced since the fall in oil prices.

ITE Group holds 240 trade events per year across a wide range of industry sectors. Many are based in emerging or fast-growing markets such as Russia, Central Asia, India, Southeast Asia and Southern and Eastern Europe. The company also have a growing number of events in China, Western Europe, Africa and for the first time in 2015, the Americas.