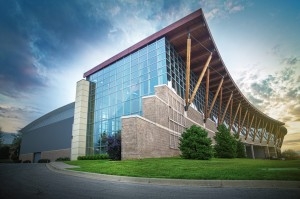 SMG snagged yet another venue management contract, Convention Data Services expanded into Mexico and caught the eye of a major new trade show launching next year and Hargrove continued to win new business this year.

SMG was selected over two other firms in a recent request for proposals by the City of Branson.  SMG also named Marc Mulherin as the center’s new general manager.

“We are pleased to welcome the Branson Convention Center to our family of SMG-managed properties and are confident the facility will thrive under Marc’s leadership, combined with SMG’s booking network, client base and other resources and generate a greater economic impact for the city of Branson,” said Gregg Caren, SMG executive vice president for convention and exhibition centers.

SMG assumed managerial responsibility for the facility from Hilton Worldwide Corporation on April 1 and retained the majority of the existing venue staff.

The Branson Convention Center, located in the Branson Landing development in a lakeside setting, offers 113,725 square feet of event space, including a 47,172 sq. ft. exhibit hall attached to a 22,703 sq. ft. ballroom on the first floor and a dozen meeting room ranging from 1,000 to 5,000 sq. ft. on the second floor.

Together, the two companies will provide show managers who produce events in Latin America with the same registration and lead retrieval products they use for their domestic events.

The first event the partners will work together on is FABTECH Mexico in Mexico City 2014. Show management for FABTECH Mexico is a current CDS client and is very supportive of this new partnership.

“Our strategy at CDS is to expand into international markets. This new partnership with Infoexpo will give us the opportunity to service our clients more efficiently and effectively by leveraging Infoexpo’s vast experience and relationships in the growing Latin American market,” said John Kimball, president and CEO, Convention Data Services.

Humberto Villarino Arenas, president, Infoexpo, added, “The collaboration between Infoexpo and CDS will expand the services that CDS' clients have access to and will provide additional marketing toolsanywhere in Mexico and Latin America.The expertise of both CDS and Infoexpo positions them as the best partners for organizations looking for new opportunities in The Americas.”

CDS also scored he registration services contract for the 2015 launch of PACK EXPO East. CDS will provide registration and lead retrieval for this new event in the PACK EXPO family of tradeshows that expects to draw attendees from a range of critical market segments.

“We chose CDS because of their proactive approach and look forward to working with them. Our new event is already exceeding our expectations, and we believe CDS will provide the technology and personalized customer service that is critical for our exhibitors and attendees,” said Jim Pittas, vice president of Tradeshows, PMMI.

General services contractor Hargrove has had a great start to 2014, winning several new pieces of business.

The company was hired to produce the Rivel exhibit at the 2014 National Investor Relations Institute (NIRI) Annual Conference and Exhibitor Showcase at the Bellagio Hotel in Las Vegas, Nev, the Harris Waste Management Group exhibits to be used at the 2014 Institute of Scrap Recycling Industries (ISRI) Convention and Exposition at the Mandalay Bay in Las Vegas and the Waste Expo 2014 at the Georgia World Conference Center in Atlanta.

In addition, Esri, a supplier of Geographic Information System software, has awarded Hargrove the opportunity to provide exhibit management services for its booth at the National Science Teachers Association (NSTA) National Conference in Boston.