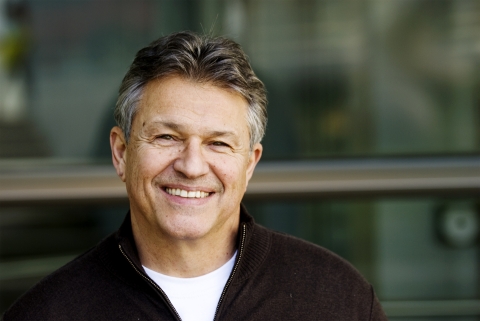 After 34 years as president of SnowSports Industries America, David Ingemie will step down as president following the 2016 SIA Snow Show.

“The industry has been incredibly lucky to have David Ingemie as the driving force behind SIA for 39 years,” said Bob Gundram, chair of SIA’s Board of Directors and CEO of C3.

He added, “David has been instrumental in working with the Board on defining what SIA is today and next steps to guarantee its future success and a smooth transition.”

Ingemie joined SIA in 1976 as marketing director and became president of the non-profit organization in 1981.

During the span of his 39-year career at SIA, David has worked diligently to grow snow sports participation and sales and has focused on strengthening the core organization and trade show.

“I feel so fortunate to have been a part of an industry that represents one of my life’s greatest passions - snow sports,” Ingemie said.

He added, “It has been a great run, working under 21 different Board chairmen/women and seeing so many changes within the industry; equipment, resorts, retailers, reps, and even ways to get down the hill.”

A transition plan comprised of a long range strategic vision for SIA and development of job description and recruitment strategy for Ingemie’s successor became a top priority for SIA’s Board of Directors beginning in May 2014, when Ingemie advised the Board of his plans for stepping down as president.

The transition plan included the creation of a strategic vision taskforce, chaired by David Currier, vice president of Smith Optics USA, and led by an outside professional facilitator, Rob Smith.

Buffy Filippell of TeamWork Consulting was selected to work with a search committee chaired by Julie Garry, CEO of Outdoor Gear.

Filippell has attended several committee and Board meetings to develop a comprehensive understanding of SIA’s future goals and the qualifications for an ideal candidate.

Ingemie’s successor will begin in a transitional role in June of this year and assume the role of president following the 2016 SIA Snow Show.

Ingemie will remain at SIA in the role of immediate past president and lead an archival project preserving the organization’s 60-plus years of history.

People News: Meat Institute Promotes Anne Halal, Susan Katz Joins PCMA, SnowSports Industries America Names Nick Sargent President
Summer hiring and promotions continued through the middle months, with the Meat Institute, Professional Convention Management Association and SnowSports Industries America…
Sally Shankland Steps Down as CEO of UBM Americas
Nine months after being appointed CEO of UBM Americas, Sally Shankland will be stepping down at the end of June to pursue an opportunity in a different industry. “Sally’s…
Facing Scrutiny, VisitDallas President and CEO Phillip Jones Steps Down
Following a Dallas city audit released in January that scrutinized VisitDallas and its president and CEO, Phillip Jones, the bureau announced he is stepping down. The…
Karen Kotowski Steps Down From Events Industry Council
Karen Kotowski, who has led the Events Industry Council (EIC) for the past 10 years, has tendered her resignation as CEO. With this change in leadership, EIC has initiated…
Brian Casey Will Step Down as President of CEIR; Organization Announces Overall Strategic Realignment
After a series of strategic planning meetings over a two-year period, the Center for Exhibition Industry Research Board of Directors is realigning its resources to focus more…
People News: SnowSports Industries America, AlliedPRA, BOB.tv, MCI USA All Name New Leaders
The past month has marked a busy time, with several companies not only bringing on new employees, but also naming people into top positions. SnowSports Industries America,…