SuperZoo Returns With a Roar 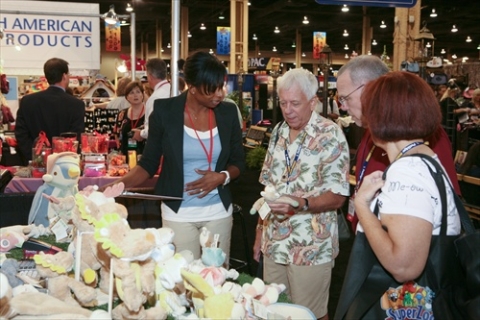 While some trade shows limp along in this economic climate, those representing high growth industries are walking tall – and wagging their tails. Case in point is SuperZoo, an annual trade show and conference for the $46 billion pet industry. Held Sept. 13-15 at the Mandalay Bay Resort & Casino in Las Vegas, the event boasted a 15 percent increase in attendance, with 13,000 attendees and 795 exhibitors spanning 137,000 square feet of exhibit space, according to show officials. In 2010, SuperZoo drew over 10,000 attendees and 690 exhibitors occupying 120,000 sq. ft.

So why is this industry swimming while others struggle to stay afloat? Because recession or no recession, most people think of their pets as family and will spend money to care for them, said Doug Poindexter, president of the World Pet Association, which produces and manages the show.

“Ours is a pretty recession-resistant industry, so we’ve survived better than most,” said Poindexter. “In the recession people will turn more to home and aren’t traveling as much. So if they can’t go to Cancun this year, at least they can buy Fido a new toy. And if Fido’s happy, that makes them feel good.”

Before even opening its doors this year, SuperZoo showed signs of beating its record 2010 numbers, Poindexter said, with pre-registration and attendance up 20 and 10 percent respectively and an increase of 105 exhibitors.

Besides the draw of new trends, products, special events and 93 cutting-edge educational sessions through SuperZoo University, this year’s event increased its value offerings, including new seminars and show sections and expanded grooming competitions.

Due to buyer and exhibitor demand, WPA also plans to move the show’s dates to July starting in 2013 and going forward. This will give retailers and manufacturers more time for the holiday purchasing season, Poindexter added.

On a vibrant show floor primarily dominated by food and toy manufacturers, SuperZoo’s aisles and booths buzzed with upbeat activity and steady traffic that also included the occasional dog.

Exhibitor Stephanie Volo, president and co-owner of Planet Dog said that for her company, SuperZoo keeps getting better and better.

“We skipped this show for two years but came back last year,” said Volo. “When we returned, it was like a different show; the feel of it, the exhibitors, the people that came – it felt revitalized. This year is the same. There’s lots of positive energy, more international attendees and more people opening new stores. I think WPA has become more proactive in their planning.”

First-time Attendee Al Barrett, vice president of DS Creative Services said he was so impressed with the show that he plans to keep coming back.

“My customers are here, every aisle is full and everyone I’ve talked to says it’s a strong show,” said Barrett. “If I wasn’t in the pet industry, I wouldn’t even know there was a recession.”

UBM Japan Pharma Returns with Record Growth
UBM live, a subsidiary of UBM plc., reported a record attendance of 14,473 attendees at its Japanese Pharma Portfolio of events this year – an increase of 17 percent,…
SuperZoo, GlobalShop Overall Winners at TSNN T-awards Gala Celebration in Louisville
The World Pet Association’s SuperZoo won for overall fastest-growing net square footage and Nielsen Exposition’s GlobalShop nabbed overall fastest-growing…
Goldstone Returns to Hanley Wood as CEO; Anton Transitions to Chairman Role
With a change in ownership structure and the recession starting to finally recede, Hanley Wood has decided old is new again and brought back Peter Goldstone as CEO of the…
What's With the Rules?
I read a LinkedIn post on the frustration we have all felt dealing with the never-ending list of rules and regulations for trade shows.  I believe the post even asked,…
Natural Products Expo East, Surf Expo, Interbike, SuperZoo All Score Increases
Whether its natural products, surf gear, bikes or anything and everything having to do with pets, all four industries are thriving, with their recent shows scoring impressive…
Messe M�nchen Partners With IMPACT
Messe München International has announced a strategic partnership agreement with Bangkok’s IMPACT Exhibition Management Company. IMPACT is the organiser of Thai…