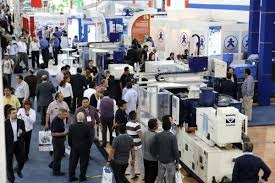 U.K.-Based Tarsus Group continues to expand into markets worldwide, with one new partnership deal that moves the company into Mexico and another that includes a show launch in Thailand.

In the first deal, Tarsus agreed to acquire a 50-percent interest in a company that owns two major exhibitions in Mexico from E.J. Krause & Associates to establish a joint venture with EJK.

“Mexico is a large and fast-growing market that has close trading ties with the US. The Mexican exhibition market is highly fragmented at present and offers exciting potential for growth,” said Douglas Emslie, Tarsus managing director.

He added, “This agreement with E.J. Krause enables Tarsus to acquire a stake in two leading events in Mexico - Plastimagen and Expo Manufactura. The joint venture fits our aim to  quicken the pace of our earnings by investing in quality assets in high-growth markets.

The two events that the new JV owns in Mexico are Plastimagen, a leading exhibition in Mexico for the plastics industry that focuses on plastics processing and ancillary equipment and attracts engineering and production professionals from plastics processing, packaging and manufacturing companies.

The other show that is part of the JV is Expo Manufactura, a metalworking/manufacturing exhibition that features machine tools, assembly technology, fabricating, software, coil winding and welding technologies.

Visitors include production and engineering professionals from across a wide spectrum of Mexican manufacturing industries. The show takes place annually, with last year’s show spanning (46,000 sq. ft.) 4,300 net sq. m. and  the next edition scheduled in March 2014.

The JV allows Tarsus to expand into the fast-growing market in Mexico, as well as creating a new opportunity to launch existing Tarsus brand into the country, as well as partner with EJK to launch their brands in markets, where Tarsus already has a suitable launch platform.

It was recently announced that one of those EJK brands, EXPO COMM, will be launched in partnership with Tarsus in Indonesia.

“I am excited by the opportunity to work with EJ Krause to launch collaborative replications of Tarsus’ brands in Mexico and E.J. Krause’s brands in emerging markets where Tarsus has an established footprint, initially with an edition of EXPO COMM in Indonesia,” Emslie said.

In the second deal, Tarsus has signed on for a JV launch event with Thailand-based Inter-Media Consultants, organizers of the Thailand International Motor Expo.

Together, they will develop AAITF Bangkok, a new automotive aftermarket event for Thailand’s fast-growing aftermarket, modification and tuning sectors.

“This new show will further cement expand the AAITF brand, including the world’s largest automotive aftermarket event held annually in Guangzhou, as well as sister editions in Indonesia and now Thailand,” Emslie said.

He added, “We are very excited about this latest partnership and the opportunity to develop a new event for one of the world’s most exciting and vibrant automotive markets. Combining AAITF’s vast international exhibitor base with Inter-Media’s strong Thai and regional automotive databases will quickly allow AAITF Bangkok to establish itself as mainland South East Asia’s premier automotive aftermarket event”.