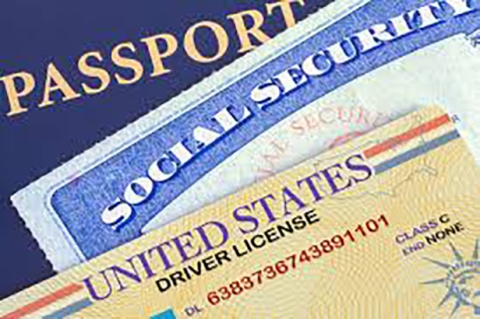 Almost three out of four Americans are unprepared for the October 2020 deadline for full implementation of REAL ID, and millions could be prevented from boarding a plane due to lack of required identification, according to a U.S. Travel Association-commissioned study.

To combat this problem, USTA is leading an initiative by private-sector travel stakeholders to better prepare the country for the REAL ID deadline. The association has developed a toolkit filled with resources for its membership and other allies to help educate Americans about REAL ID and is coordinating engagement with policymakers and government agencies to proactively address the public awareness deficit well ahead of the deadline.

What REAL ID Is

On Oct. 1, the U.S. Department of Homeland Security implemented the last phase of the REAL ID Act enforcement. Originally passed by Congress in 2005, the REAL ID Act enacted the 9/11 Commission’s recommendation that the federal government “set standards for the issuance of sources of identification, such as driver’s licenses.”

The Act and implementing regulations establish minimum security standards for state-issued driver’s licenses and identification cards. It prohibits federal agencies, such as the Transportation Security Administration (TSA), from accepting licenses and identification cards from states that do not meet these standards for official purposes, such as getting through the airport security checkpoint to board a plane.

The law requires travelers to present a REAL ID-compliant driver’s license or other approved form of identification in order to board a flight.

Why the REAL ID Deadline Matters

According to the survey, 72 percent of Americans either do not have a REAL ID-compliant driver’s license or aren’t sure if they do. The study also revealed a significant REAL ID awareness issue, with 57 percent of Americans saying they weren’t aware of the upcoming deadline.

Many U.S. citizens also lack the alternatives to REAL ID-compliant, state-issued driver’s licenses, such as a U.S. passport, with 39 percent saying they do not have any form of identification that will be accepted once the deadline hits. This means an estimated 99 million Americans may not currently hold the proper identification to board an airplane starting next October.

USTA economists estimate the potential economic impact of REAL ID implementation could be significant. They predict if REAL ID standards were to be enforced immediately, at least 78,500 air travelers could be turned away at TSA checkpoints on the first day, costing the U.S. economy $40.3 million in lost travel-related spending.

Sustaining that trend for a full week, the figures could skyrocket to more than half a million air travelers prevented from boarding planes and $282 million in lost travel spending.

“Our survey gave us the answer we didn’t want to hear: that there is [an] alarming lack of awareness and preparedness a short year out from REAL ID going into full effect,” said Roger Dow, president and CEO of the USTA.

Why REAL ID Is Creating Challenges

Dow noted that the challenge stems from all of U.S. states and territories having individual, rather than aligned, processes for REAL ID standards implementation.

These looming problems are why the association has launched this broad education effort alongside the full spectrum of public and private-sector travel stakeholders that include airports, federal government agencies, tourism offices, and large and small travel-dependent businesses, he explained.

“We need all hands on deck to avert a big problem next October,” Dow added.

To learn more about REAL ID, additional findings from the study, policy recommendations and other resources, go here.

Reporting Standards for Digital Events Launched as Industry-Wide Initiative
As the COVID-19 pandemic shifted the event industry from in-person to virtual and hybrid over the past two years, a new challenge emerged: a lack of measurement standards for…
Meetings Mean Business Launches New Initiatives in 2017 to Prove Value of Industry
The Meetings Mean Business Coalition had a busy 2016 advocating to prove the value of the meetings industry, and 2017 looks to be even busier, as MMB continues to push…
Two Travel Industry Shows to Launch This Year
The ever-expanding tourism market is getting two new shows this year, one geared toward consumers with a job fair component, and one for business events professionals. Take a…
Reed to Launch Travel Events in China and Malaysia
The WTM Portfolio, part of Reed Travel Exhibitions, will launch two mew events in Malaysia and China next year, under the new brand, WTM connect. The new events will serve…
Travel Weekly Will Launch CruiseWorld China in Shanghai
The one-day event, held at the Le Royal Meridien Shanghai, will bring hundreds of travel agents and cruise industry leaders together in a day filled with insight from top…
IMEX America Launches New CSR Initiative, Coincides with World Environment Day
Just before the United Nations’ World Environment Day 2016, which was June 5, the IMEX Group revealed a new volunteer CSR initiative that’s set to take place in Las Vegas the…