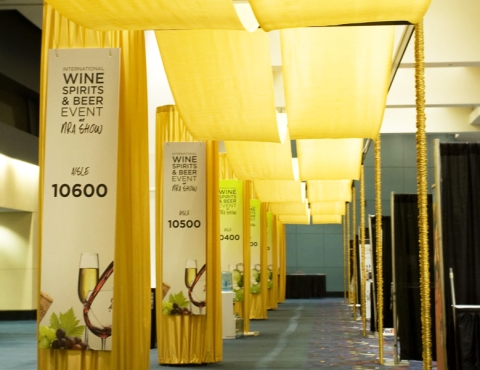 Citing a difference in wage increase expectations, Global Experience Specialists said contract renewal talks broke down last week with the Chicago Regional Council of Carpenters Local 1027, who work in the warehouse on exhibits and other projects.

Negotiations had been in the works during the past month in “good faith” between the two parties for a new, 4-year contract, according to GES officials.

Frank Libby, president of the Chicago Regional Council of Carpenters, said his group wasn’t willing to comment on the situation as of yet, but would be releasing a statement in the near future.

Local 1027 are warehouse contractors who do not work onsite at shows. Besides exhibit fabrication, they typically build registration counters, charging stations and other elements for the showfloor.

Talks broke off because of the union’s request for a 17-percent wage increase during a 4-year period and GES’ offer of a 15-percent increase during the same 4-year time period.

“We are standing our ground for our clients, for the industry and for the health of our business,” said GES President Steve Moster.

He added, “The No. 1 concern that organizers and exhibitors share with me is the rising costs of trade shows and conventions. Although a labor action is something we work hard to avoid, we should not give in to outrageous wage demands. It’s necessary to take a stand to keep costs down, especially in our industry’s current economic climate and as Chicago works to regain its prominence in the convention industry.”

Though the contract ended at Midnight on May 31, Local 1027 workers have continued to show up for work without a strike or lock-out.

Moster said the 15-percent wage increase for four years that GES offered was generous, adding, “The consumer price index is at 2 percent. Despite this, the union is demanding a more than 4 percent per year increase. We rejected the union’s last, best and final offer in order to keep the overall cost of exhibiting down.”

GES Q1 Revenues Down Nearly 16 Percent on Negative Show Rotation
GES recently reported its first-quarter 2018 earnings results in which revenues dropped 15.8 percent from $318 million in 2017 to $268 million during the same period this…
PCMA’s Convening Leaders Annual Meeting Breaks Attendance Records in Chicago
It may have been cold in Chicago in the second week of January, but that didn’t stop a record amount of attendees from coming to the Windy City for the Professional…
2018 ASAE Annual Meeting & Exposition Breaks Attendance Records in Chicago
A grand total of 6,092 association professionals and industry partners converged Aug. 18-21 in Chicago for the 2018 ASAE Annual Meeting & Exposition, the highest…
New Business Contracts: GES, Taffy Event Strategies, AEG, CDS Snag Business
As the long summer days begin their slow turn into fall leaves and back-to-school times, companies in the trade show industry have continued to grow their businesses with new…
UBM, Informa in Possible Merger Talks
After UBM’s stock price jumped considerably, news was released that the mega exhibition organizer is in talks to possibly merge with Informa, another mega exhibition…
5 Ways to Strike a Balance Between Family and Leadership-fueled Travel
Until teleportation becomes the norm, frequent travel is simply a fact of life for leaders in the modern business world. As companies continue to grow more reliant on foreign…