Eldorado Resorts to Buy Caesars Entertainment in Deal Worth $8.58 Billion 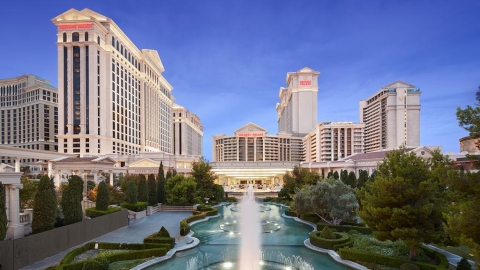 Eldorado Resorts agreed to acquire Caesars Entertainment in a cash-and-stock transaction valued at $8.58 billion, creating a mega-casino company in the U.S.

The combined company will provide its guests with access to approximately 60 domestic casino–resorts and gaming facilities across 16 states.

“Eldorado’s combination with Caesars will create the largest owner and operator of U.S. gaming assets and is a strategically, financially and operationally compelling opportunity that brings immediate and long-term value to stakeholders of both companies,” said El Dorado CEO Tom Reeg.

He added, “Together, we will have an extremely powerful suite of iconic gaming and entertainment brands, as well as valuable strategic alliances with industry leaders in sports betting and online gaming. The combined entity will serve customers in essentially every major U.S. gaming market and will marry best-of-breed practices from both entities to ensure high levels of customer satisfaction and significant shareholder returns.”

Eldorado said it would buy all of Caesars’s shares outstanding for $12.75 each, with $8.40 a share in cash and 0.0899 share of Eldorado’s common stock for each of Caesars share.

Eldorado would also assume Caesars’ debt, which is about $8.8 billion. After the deal is complete, Eldorado would own 51% of the combined company and Caesars would hold 49%.

Caesars has 50 casinos in 13 states and five countries, including Caesars Palace and several others along the Las Vegas Strip.

El Dorado has 25 properties primarily outside of Las Vegas in locations such as Reno, Nev., Atlantic City, N.J., and Columbus Ohio.

Upon completion of the transaction the combined company will retain the Caesars name.

“We believe this combination will build on the accomplishments and best-in-class operating practices of both companies,” said Tony Rodio, CEO of Caesars.

He added, “I’m familiar with Eldorado and its management team, having worked with them on a previous transaction, and I look forward to collaborating with them to bring our companies together. We are excited to integrate Caesars Rewards with the combined portfolio. The incorporation of Caesars Rewards has produced strong results at the recently acquired Centaur properties. By joining forces, we believe the new Caesars will be well-positioned to compete in our dynamic industry.”

The transactions have been unanimously approved by the Boards of Directors of Eldorado, Caesars and VICI.

The Caesars transaction is subject to approval of the stockholders of Eldorado and Caesars, the approval of applicable gaming authorities, the expiration of the applicable Hart-Scott-Rodino waiting period and other customary closing conditions, and is expected to be consummated in the first half of 2020.

Cvent Goes Private in $1.65 Billion Deal
Cvent, a cloud-based enterprise event management company, entered into a definitive agreement to be acquired by affiliates of Vista Equity Partners, a private equity firm…
Caesars Entertainment Breaks Ground on CAESARS FORUM Las Vegas Conference Center
On July 16, Caesars Entertainment Corporation broke ground on its newest development: the CAESARS FORUM Las Vegas conference center. Slated to open in 2020, it will feature…
Informa to Buy Penton for $1.56 Billion
U.K.-based Informa is set to acquire U.S.-based Penton in a deal worth $1.56 billion from private equity owners MidOcean Partners and Wasserstein & Co. The transaction is…
Caesars Entertainment Fills Fall With New Restaurants, Entertainment and More
Exclusively sponsored by Caesars Entertainment The Las Vegas Strip has long been a beacon of innovation, adaptability and singular experiences. In 2022, Caesars…
Music City Center and Caesars Entertainment Give Back
While the trade show and meetings industry continues its steady path toward recovery, some event-related organizations remain committed to making sure that those less…
Shareholders Give Go Ahead for $5.5 Billion Informa Buy of UBM
After a shareholder vote today in which 99 percent voted in favor of approval, Informa’s $5.5 billion valued deal to buy UBM was given the greenlight, creating the largest…