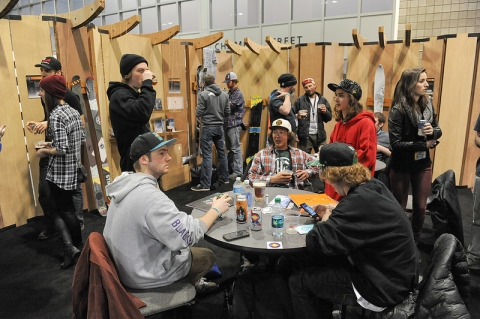 Next year will be an interesting one for SIA Snow Show, since SnowSports Industries America, the show’s owner, will hold two shows that year.

In 2017, the show will switch from a January to a December timeframe at the Colorado Convention Center in Denver, meeting the needs of buyers and sellers, according to SIA officials.

“This decision was made with great care and consideration given to the evolving buy/sell cycle, and an eye on the future growth of the industry,” said Nick Sargent, SIA’s incoming president.

He added, “The show’s purpose is to preview product in the best possible way for retailers to make educated and effective buying decisions when they place their orders at the appropriate time. We look forward to the benefits that this shift will provide to the snow sports community, including our retailers, reps, suppliers and the industry as a whole.”

SIA, the snow sports industry’s member-owned trade association, currently is planning on a three-day format, with show hours spanning 8 a.m. to 8 p.m., from Tuesday through Thursday.

Bob Gundram, chair of SIA’s board of directors and CEO of C3, saidthat “this very important decision was made with extensive input from retailers, reps and suppliers, with the 2017 cycle being selected to offer all organizations involved enough time to adjust to the change.”

According to Mike Adams, vice president and commercial director of Amer Sports, “this shift is being made to serve the industry better by placing the Show in a timeframe that allows for suppliers to be closer to their customers when buying decisions are being considered. It’s an imperative adjustment, especially in the softgoods and expanding hardgoods markets, and one that keeps the Show relevant to the evolving state of the business’ production, buying and consumer cycles.”

The resulting discussions and recommendations will guide the future format of the Show and SIA’s commitment to reinventing the event and ensuring a smooth buy/sell cycle, according to SIA officials.

Outdoor Retailer’s Date Shift, Additional Show Ruffles SIA Snow Show Feathers
In response to feedback, Emerald Expositions’ Outdoor Retailer will shift its 2018 dates to better align with buying cycles, as well as collocate its shows with Grassroots…
New England Grows! Moves Show to December Timeframe
Long held in February every year, New England Grows! listened to its customers and decided to move the show to the December timeframe. The Northeast’s largest educational…
Emerald Expositions Buys SIA Snow Show, Merges with Outdoor Retailer
With Outdoor Retailer looking for a new home after a public land dispute resulted in the decision to leave Utah, Denver in the hunt as one of the cities trying to capture it…
LIGHTFAIR International 2017 Boasts Largest Trade Show to Date in Philadelphia
LIGHTFAIR International boasted its largest show and Philadelphia registration numbers at its most recent event, held May 7-11 at the Pennsylvania Convention Center. The…
North American International Auto Show Will Move to June Timeframe in 2020
The North American International Auto Show (NAIAS) will move out of the crowded car show fall/winter timeframe and into summer starting in 2020 in Detroit. In addition, the…
Outdoor Retailer Consolidating Winter Market and Snow Show
Outdoor Retailer will not produce Winter Market, slated for Nov. 5-7, instead uniting the show with Snow Show to create one winter trade show in January. Called the Outdoor…