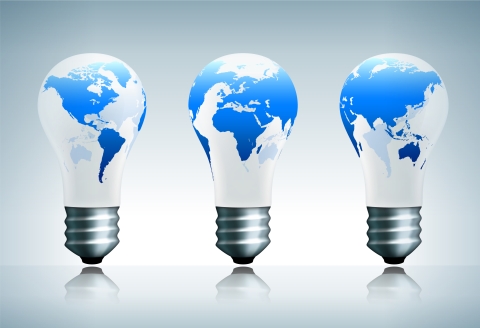 In the recently released Global Barometer survey conducted by UFI - The Global Association of the Exhibition Industry, the majority of trade show companies worldwide are showing growth, although geopolitical issues have had in impact in some regions.

The survey also indicated that trade show organizers are more concerned about the state of the national and regional economies, as well as competition from within the industry, rather than expanding their businesses globally.

Nearly three-quarters of trade show organizers surveyed in the Asia/Pacific and Europe indicated they saw a positive turnover for the two halves of 2017 and the first half of 2018.

“The optimism already outlined in the survey conducted six months ago remains valid, with a series of positive signs in most markets,” said Kai Hattendorf, UFI Managing Director/CEO.

When asked about their top business issues, the “state of the national/regional economy” was considered most important, with 25 percent of all respondents naming this as a top business issue, and also most major exhibition markets.

It scored the highest in South Africa (34 percent) and Brazil (33 percent).

“Competition from within the industry” was considered a top business issue by 21 percent of survey respondents, being rated as the No. 1 priority in Thailand (32 percent) and India (26 percent).

Companies indicated that “global economic development” was less important than it had been in previous surveys, with 20 percent of respondents naming this as a top issue.

This issue remains the top priority in Germany (31 percent) and China (26 percent).

Regarding additional top issues, “internal challenges” and “impact of digitization” take the next two places. Within digitization, is it noteworthy that – compared to the results from summer 2016 – the share of companies citing “new digital products” as a major topic has grown from 36 percent to 61 percent.

With digitization accelerating in businesses around the world, this edition of the Global Barometer also focuses on the state of digital activity in the exhibition industry, providing for the first time ever an overview of activities in this field on a global level.

Results show that the majority of companies have responded to the accelerating process of digitization in the exhibition industry.

The U.K., Germany, China, and the U.S. are identified as the exhibition markets who are currently most active in the digital transformation process.

Two out of three survey participants reported that they have added digital services/products (like apps, digital advertising, digital signage) around existing exhibitions.

This is the norm already in Germany (100 percent of respondents), and is also widely established in Brazil (82 percent) as well as in the U.S., Russia and Thailand (73 percent each).

The companies in the exhibition industry are digitizing themselves as well: Globally, 55 percent stated that they have changed internal processes and workflows to be more digital. The most advanced exhibition markets here are Thailand (73 percent), China (71 percent) and Germany (69 percent).

One in four companies participating in the survey reported that they have developed a digital transformation strategy for the whole company, with Mexico (58 percent) and the U.S. (45 percent) leading.

One in five companies has created a designated function (like a Chief Digital Officer) in the upper/top management – led here by China (33 percent) and Germany (31 percent).

Finally, also one in five survey participants stated that they have launched digital products not directly related to existing exhibitions – a development especially visible in the U.K. (50 percent) and the U.S. (36 percent).

This latest edition of UFI’s semi-annual industry survey was concluded in July 2017 and includes data from 257 companies in 56 countries.

The study delivers outlooks and analysis for ten major markets: Brazil, China, Germany, India, Mexico, Russia, South Africa, Thailand, the UK and the US. In addition, four aggregated regional zones have been analyzed.

“We are happy to welcome IEIA, the Indian Exhibition Industry Association, as the 9th research partner for the Global Barometer. This has already enabled us to add a new country profile for this growth market to the research results,” Hattendorf said.

In line with UFI’s objective to provide vital data and best practices to the entire exhibition industry, the full results can be downloaded at www.ufi.org/research.

The next UFI Global Barometer Survey will be conducted in December 2017.