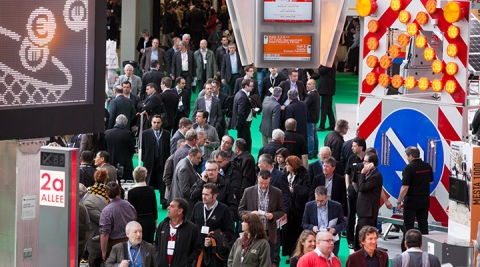 E.J. Krause & Associates ended 2016 on a high note by launching two more trade shows in Mexico: Acquatech Mexico and Intertraffic Mexico. Organized in partnership with RAI Amsterdam, both inaugural events were met with an overwhelmingly positive reception, according to show officials.

As the newest addition to the Aquatech portfolio of global events for the drinking and waste water technology sector, the first-annual Aquatech Mexico took place Oct. 26-28 at the WTC Pepsi Center in Mexico City.

Held alongside The GREEN Expo, the country’s largest trade show for the environmental, energy, renewable energy and water industries, Aquatech attracted more than 5,300 attendees and 140 exhibitors from countries including Israel, Korea, China, The Netherlands, the U.S. and Mexico.

According to event officials, Aquatech’s showfloor sold out and more than 60 percent of next year’s 30-percent-larger show floor has already been re-booked.

“We are very happy with the outcome of the first edition of Aquatech Mexico,” said José Navarro, E.J. Krause de México general director.

He added, “We knew this was going to be a great event right from the beginning based on the interest in water topics and solutions indicated by our attendees (at) The GREEN Expo in previous editions.”

“We take pride in delivering events of the highest quality in key markets for the benefit of visitors and exhibitors alike,’ said Annette Bos, show director of Aquatech Global Events with RAI Amsterdam.

She added, “This great response is exactly what we hoped for and provides an excellent starting point for our future commitment in Mexico.”

“Not only did the number of attendees exceed our expectations, the actual impression the event made on our exhibitors goes to show in the direct re-bookings for 2017,” he said.

St. Amour added, “Exhibitors responded with ‘tremendous show,’ ‘a great opportunity to meet different players from all over Latin America,’ and ‘many business opportunities.’ All the positive vibes resulted in an on-the-spot re-booking of 108 percent during show hours, which is unheard of. It speaks for itself (that) we will be moving to a larger hall next year.”

Intertraffic 2017 will boast a 20 percent larger show floor, more than 80 percent of which has already been rebooked, he added.

Aquatech Mexico will return to the WTC Pepsi Center Sept. 5-7, and Intertraffic Mexico will once again hold court at the Centro Citibanamex Nov. 15-17.

GES Closes Out 2016 with 8-percent Revenue Uptick
GES had a good 2016, with the division of the parent company Viad closing out the year with $1,054.7 billion in revenues, compared with $976.9 million in 2015 – an 8-percent…
E.J. Krause & Associates Launches Electric Bike Events
E.J. Krause & Associates (EJK) is expanding its 2018 event portfolio with the debut of its Electric Bike Events series, created to cover the recreational electric bicycle…
GES Closes Out 2017 Q4, Full Year with Revenue Jumps
With better than expected results, GES closed out not only the fourth quarter of 2017 with a revenue jump of 6.8 percent, but also an increase of its full-year results, with…
E.J. Krause & Associates Will Launch New Show for Non-wovens in Thailand
E.J. Krause & Associates will launch Southeast Asia Nonwovens and Disposable Hygiene Technology Exhibition & Conference (ANDTEX). The three-day event will take place…
Tarsus Group Closes Out 2018 with 9 Percent Uptick in Like-for-like Revenues
In a year without its two biggest biennial shows – Labelexpo Europe and the Dubai Airshow – U.K.-based Tarsus Group still snagged a 9-percent increase in like-for-like…
Atlanta Closes Out 2014 with Record Number of Meetings, Jump in Hotel Occupancy
Last year was a good one for Atlanta, with the city’s convention and visitors bureau unveiling that the city not only had a record number of citywide conventions, but it also…