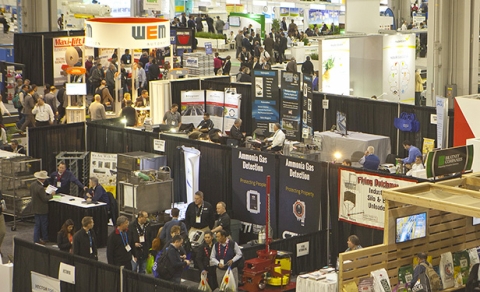 Hotel room poachers may think again before ruffling the feathers of the U.S. Poultry & Egg Association (USPOULTRY) and its annual trade show and conference, the International Production & Processing Expo (IPPE).

On Jan. 22, the U.S. District Court for the Northern District of Georgia ordered Tarzango, an unaffiliated travel agency, to pay USPOULTRY $749,797.50 in damages and attorney’s fees for infringing upon the association’s valid and subsisting IPPE U.S. trademark registrations in the agency’s “deceptive advertising practices,” according to USPOULTRY.

In 2017, Tarzango sent unsolicited emails to IPPE exhibitors and attendees under the guise of representing the show, offering accommodations at both room block and non-room block hotels, even though the travel agency is unaffiliated with IPPE or its authorized housing partner, Experient.

“We, with the full support of our partners AFIA and NAMI, asserted our rights and have protected attendees and exhibitors from Tarzango’s unfair and deceptive practices,” said John Starkey, president of USPOULTRY.

He continued, “This decision should serve as a strong warning to those service providers who seek to trade off of the strong goodwill developed in IPPE.”

USPOULTRY and IPPE were represented by international law firm Eversheds Sutherland (US) in the matter.

According to the International Association of Exhibitions and Events (IAEE), each year, exhibitors and attendees are flooded with solicitations from unaffiliated travel agencies, housing agents and other service providers claiming to be endorsed by or affiliated with trade shows like IPPE.

It is estimated that room pirating and poaching scams impact upwards of 15 million bookings per year, resulting in more than $1.3 billion in lost revenue for hotels and money from unwitting consumers, as cited in the Exhibitions Mean Business campaign’s Issues Brief, created by IAEE for last year’s Exhibitions Day in Washington D.C.

As the popularity of mobile booking continues to increase, it’s become more difficult for consumers to distinguish between a hotel’s website and a scam website, putting them at risk of ending up with invalid hotel reservations.

Recognizing the growing threat from this type of marketing, the U.S. House and Senate have introduced H.R. 2495 and S. 1164 – Stop Online Booking Scams Act, which would prohibit websites from pretending to be the hotel and allow state attorneys general to pursue restitution and refunds on behalf of victims.

“We at IAEE are pleased to see this judgement brought forth for U.S. Poultry Association,” said IAEE President and CEO David DuBois. “This is an ongoing and prolific issue that affects event organizers and consumers in every state.”

He added, “During IAEE’s annual Exhibitions Day in Washington, D.C. we advocate for federal legislation that would give state attorney generals more power to prosecute online piracy scammers.”

Going forward, Starkey said USPOULTRY will be doing whatever it can to prevent IPPE exhibitors and attendees from being scammed by fraudulent travel agencies in the future.

“We’ve put up alerts on our website and in our newsletters,” Starkey said. “Many long-time attendees and exhibitors now forward these emails to us asking if they are legit, and it was from those emails we were able to demonstrate (that Tarzango was) claiming to represent IPPE.”

FCC Fines Smart City $750,000 for Blocking Consumers’ Wi-Fi in Convention Centers
Cracking down ever further, the Federal Communications Commission recently fined Smart City $750,000 for blocking consumers’ Wi-Fi at various convention centers around the…
Convention Centers Transform Into Hospitals in the Fight Against COVID-19
After closing their doors to trade shows and events due to the coronavirus pandemic, many convention centers across the U.S. are taking on an entirely different role. This…
Court Denies Rehearing for UnitedNational Maintenance in Antitrust Case Against San Diego Convention Center Corp.
Nine years and several court rulings later and UnitedNational Maintenance, a Chicago-based trade show cleaning company, recently was stymied when the U.S. 9th Circuit Court…
Healthcare Convention & Exhibitors Association Awards Inaugural Scholarship Recipients
The Healthcare Convention & Exhibitors Association (HCEA) has named Leanne Dagavarian, with MilliporeSigma, and Melissa Matarrese, with the American College of Surgeons,…
Vancouver Convention Centre Receives Industry Community Service Award
The Vancouver Convention Center has been awarded the Canadian Association for Exposition Management’s (CAEM) 2018 Give Back Award, which recognizes a member organization that…
New Report Puts COVID Damage Into Perspective, Amplifies Message for Relief
It’s no secret that the U.S. hospitality and travel industries have taken a major hit since COVID-19 took hold. But a new report from the U.S. Department of Labor confirms…