How Augmented Reality Will Change the Trade Show Game 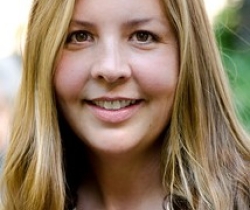 If you haven't been reading or seeing this new thing called 'augmented reality', let me first introduce it.

The idea is to have graphics and other auditory or sensory environments superimposed on a real world (kind of like in the movie Minority Report). There are a few cool players in the market, as well as Google with their Google glasses.

First is Aurasma, which provides a free app for a virtual browser. If you watch their video, they take a tablet or smartphone, and if the Aurasma icon is in the corner, and you have the app on your smartphone or tablet, it will take a picture and play either a video that you can see or an animated graphic.

Another group is SixthSense and they affect an individual's perception (only they can see the augmentation) and you wear the interface. Another well known one is Layar, which has a great video on YouTube to explain how the augmented reality works with a mobile phone. Sounds cool, huh? It is, but it will make our job as a trade show manager that much more difficult.

First, you will have to build your graphics so that a flat photo comes to life when you move a smartphone over it with the correct app. Hopefully, we will see the apps merge so we do not have competing applications, and therefore different coding to make the app work in the graphic. Sadly, this is probably the least of your worries.

Second, you will have to decide what will get someone's attention in roughly 2-3 seconds. Yep, that is about how quickly the phone will move off of something the viewer finds boring or irrelevant.

So, you have to figure out what your visual will be, and any messaging, if you can get that in.  You will also have to decide what you want to be augmented, since you don't want to compete against yourself. Do you want an eye line graphic on the aisle to direct them into a more centrally located augmented piece? Do you want to show a special or tout an upcoming event?  You will have a lot of choices, but you need to make some strategic ones.

Third, your attendee will start to take some of the control of how they interact with your booth away from you. They will be the ones viewing it and you may be able to give suggestions on how to go through your booth, but since they control the reality, they will start to control the booth experience. Sounds like fun, doesn't it?

Lastly, you will need to see if you can start incorporating this into your next show. Augmented reality is moving quite quickly, and if you can somehow use it to showcase something in your booth, even if you have to station someone with the app on their tablet in the aisle to get people to see the augmented reality, you probably should start testing it. The showfloor will soon get saturated with this in the next few years, so seeing if you can do one or two augmentations in your next booth will set you apart while there is the chance to set yourself apart.

Before you panic, let me remind you that the iPhone was first introduced roughly five years ago, and now we have adopted it into our trade show experience. So, let the augmented adoption begin!