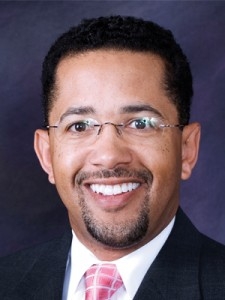 After an extensive national search, John Frisch, chairman of the Baltimore Convention and Tourism Board of Directors, unveiled that Al Hutchinson has been chosen as Visit Baltimore’s new president and CEO. Hutchinson will assume his new role Nov. 14.

Hutchinson brings more than 24 years of experience in the hospitality and destination marketing industry to Baltimore, most recently serving as president and CEO of Visit Mobile (Ala.), where he was recognized as the 2016 Alabama Restaurant and Hospitality Alliance’s ‘Tourism Promoter of the Year.’

As president and CEO of Visit Baltimore, Hutchinson will be responsible for leading the growth of the convention and tourism industry in Baltimore, overseeing the day-to-day management of all sales and marketing programs and serving as the hospitality industry’s liaison to the business, civic and local community, while demonstrating the impact of tourism on the City and State.

“Visit Baltimore is a strong bureau well positioned for growth and I have great confidence that Al is the right leader to build upon recent successes of the organization,” Frisch said. “From hosting a record 30 citywide conventions in 2015 coupled with multiple years of record visitation numbers, to the creation of a separate Visit Baltimore Education & Training Foundation, he is taking over the helm of a very strong organization.  I know that the organization, and in turn the City, the region and the State, will benefit from his sales and marketing experience and strong reputation as a collaborative, transparent leader and effective communicator.”

Hutchinson takes over from Ron Melton who stepped in to serve as interim president and CEO at Visit Baltimore beginning May 6. Melton returns to his full time role as COO.  “I would like to extend my gratitude to Ron for stepping into the interim role during this search process and thank him for his leadership during this time of transition,” Frisch said.

Prior to joining Visit Mobile, Hutchinson served as the vice president of convention sales and services at the Virginia Beach Convention and Visitors Bureau.

For more than 11 years, he led the convention sales and service team, directed the advertising agency and worked closely with community leaders, industry decision makers, elected officials and tourism partners.

Hutchinson has spent a good portion of his professional career in the hospitality industry also serving in leadership positions with the Greater Pittsburgh Convention and Visitors Bureau, the Charlotte Convention Center, the Park Hotel in Charlotte and the Richmond Metropolitan CVB.

“I look forward to leading Baltimore’s tourism efforts and to working with the Visit Baltimore team, Convention and Tourism Board of Directors, the city’s elected officials and the citizens of Baltimore to lead the City to new heights,” Hutchinson said. “I’m excited by the opportunity to take the helm of such a strong organization.”

“Al is well-respected within the industry,” said Mayor Stephanie Rawlings-Blake. “We are lucky to have him, and I am confident that he will serve as a strong advocate for tourism in Baltimore while also working to build relationships and partnerships within the community. I was impressed by his passion and perspective on how tourism can further advance Baltimore’s economy.”

He is a member of the Mobile Rotary and the 100 Plus Men of Greater Mobile, is active with the Religious Conference Management Association Advisory Committee and serves on the board of directors for the Gulf Coast Exploreum and the Destination Marketing Association International (DMAI) Foundation.

He has been an active member of the communities in which he has worked, previously serving on the board of directors for the Virginia Aquarium, and the Urban League of Hampton Roads, and as part of the Industry Partner Alliance program for the American Society of Association Executives (ASAE). Hutchinson is married with two children.