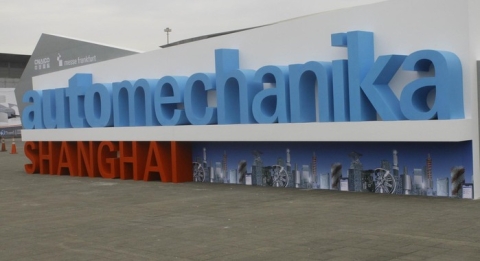 For the past 15 years, Messe Frankfurt has established a strong foothold in the thriving Chinese market and now is widely represented in a number of subsidiaries and joint ventures in Greater China.

he Shanghai office has expanded in scale in recent years to employ more than 130 employees, with 40 more in its Beijing auxiliary office.

To accommodate this growing number of staff, the Shanghai office moved to a new premises in June 2016. The new office is located in Century Metropolis, 1229 Century Avenue, Pudong New Area in Shanghai, which will meet the needs of 200-plus employees, provide excellent facilities and a conducive environment for business expansion in the years to come.

“In the past decade, Messe Frankfurt has introduced a large number of successful fairs from our flagship overseas brands, with many of them enjoying a renowned reputation in China,” said Mr Jason Cao, Chairman of the Board of Management, Messe Frankfurt (Shanghai) Co Ltd.

He added, “These exhibitions not only represent the signature events in their respective sectors in Mainland China and Asia, but also act as an important driving force and benchmark in their industries.”

"We are undertaking regional expansion in our core areas of expertise to meet different market demands and extend the success of our flagship events to a local level,” Cao said.

He added, “This strategy is reflected by the organization of regional fairs, for example the automotive fair CAPAS in Chengdu, as well as ISH Shanghai & CIHE, a fair for heating and ventiliation in Shanghai. In recent years we have also been actively reaching out to our non-core exhibition sectors, such as power and electronics, parking, meat and toys, to meet the diverse needs of the domestic market. These sectors will direct the major development of Messe Frankfurt into the company’s next development phase.”

While Messe Frankfurt is enjoying a steady growth in its core businesses, it is also dedicated to supporting social and environmental initiatives as an integral part of its corporate philosophy. Through its trade fairs, Messe Frankfurt endeavors to raise public awareness of sustainable behaviors and corporate social responsibility (CSR) through different channels.

In 2009, the “China Intangible Cultural Heritage of Home Textiles and Handicraft Display Area” made its debut at Intertextile Shanghai Home Textiles.

This zone was established along the themes of “Priority to Protection, Putting Rescue at the First Place”, “Rational Utilisation” and “Sucession and Development”, and aimed to promote exchanges between Chinese and Western cultures, as well as the innovation of intangible cultural heritage. During the 2015 edition, exquisite designs produced by traditional craftsmen were showcased onsite to worldwide buyers.

In one of the themed activities held alongside Music China 2015, exhibitors, piano retailers, musicians, journalists and industry associations cooperated to raise public awareness and promote the social welfare of children with autism. Donations received in the form of instruments, musical story books and from on-site ticket sales and fundraising activities were donated to special schools and foundations for autistic children.