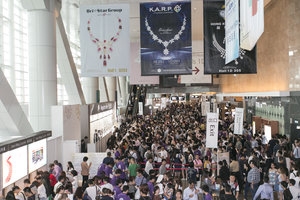 “Further to the recent UBM share price movement, the Boards of UBM and Informa confirm that they are in discussions regarding a potential combination of the two companies, to be effected by way of an acquisition of the entire issued and to be issued share capital of UBM by Informa for shares and cash consideration (the "Potential Combination"). UBM and Informa are in preliminary discussions about the details of the Potential Combination, which is subject to a number of standard conditions.”

The statement added that there is no certainty that any firm offer will be made or as to the terms on which any offer might be made. Informa reserves the right to introduce other forms of consideration and / or vary the mix or composition of consideration of any offer.

Informa has until Feb. 13 to announce a firm intention to make an offer for UBM.

UBM as more than 3,750 employees working in 20 countries serving more than 50 industry sectors.

Informa has more than 7,500 colleagues globally and a presence in all major geographies, including North America, South America, Asia, Europe, the Middle East and Africa.

At the time of posting, UBM’s stock price had jumped more than 40p to a high of 789p on the London Stock Exchange. Informa stock remained basically unchanged.

TSNN will be following this news closely with continual updates.

UBM Confirms in Talks for Possible Advanstar Acquisition
U.K.-based UBM confirmed that it is in talks to acquire Advanstar Communications that “may, or may not, lead to a transaction.” The statement was made after Reuters reported…
Informa’s Charlie McCurdy Talks M&A, UBM Integration and Trends for 2019
To say that last year was a monumental one for Informa Exhibitions, which is led by CEO Charlie McCurdy, would be quite an understatement. 2018 marked the largest mergers…
Straight Talk: Nancy Walsh, President, Informa Markets
At the start of her career, Informa President Nancy Walsh recalls working in Manhattan in inside sales for a software company when the idea of transitioning into the trade…
Informa Announces Management Changes at UBM Asia
Following Informa’s acquisition of UBM earlier this year, Informa has announced changes to the senior management team at UBM Asia. Effective 1st August 2018, Jimé Essink,…
Informa Exhibitions’ Charlie McCurdy Talks Company’s Growth Streak
In a mere eight years, U.K.-based Informa PLC’s Global Exhibitions division has grown from a $100 million company in annual revenues with its business primarily focused in…
Informa Makes $5.5 Billion Formal Offer for UBM
Informa has made it official, formally offering $5.5 billion in a cash-stock deal for UBM, creating the largest exhibition company in the world. "It is clear that the B2B…