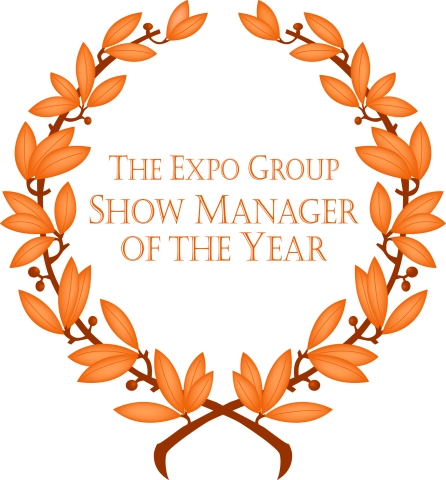 The Expo Group’s Show Manager of the Year award winners were unveiled, representing a wide spectrum of market sectors within the trade show industry, including a show dedicated to all things Halloween and a massive event focused on the plastics industry.

All five winners will be feted during a gala awards ceremony at the 3rd Annual TSNN Awards: Celebrating Trade Show Excellence Nov. 2-4 in Louisville.

Some of the words used to describe the 2012 SMOTY winners were: “An unprecedented idea.” “Grace under fire.” “Changed the model.” “Incorporates new excitement.” “Epitomizes service, planning and execution.”

Here are the five winners that were chosen by an independent panel of judges:

"The dedication of these individuals and the lengths they go to service their attendees and exhibitors are the exact reasons we started the SMOTY awards program -- to give credit where it is due,” said Ray Pekowski, president and CEO of The Expo Group.

He added, “Over the years, we have had the pleasure of honoring some truly amazing people in our industry and contributed thousands of  dollars to charities on their behalf.”

As part of the TSNN Awards, each 2012 SMOTY winner will be presented with the iconic SMOTY crystal obelisk trophy and be honored with a donation to their favorite charity.

The Expo Group SMOTY awards are open to anyone in the industry responsible for producing a show, regardless of any affiliation with The Expo Group.

This year’s nominees were suggested by co-workers, vendors, exhibitors, bosses and themselves.