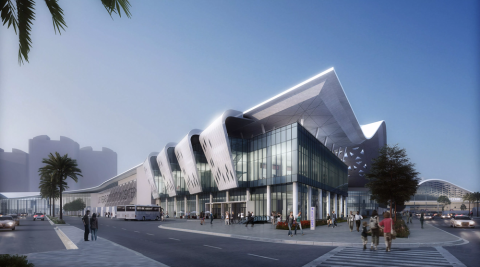 The massive Las Vegas Convention Center project continued to move forward, with construction workers on behalf of the Las Vegas Convention and Visitors Authority beginning the extensive process of pouring 600,000 square feet of concrete flooring in the main exhibit hall in the new West Hall expansion.

The process will take between four and five months to complete and is a major step forward in the expansion construction, which is now 77 percent complete.

Upstairs, there’s an additional 150,000 square feet of meeting space for up to 80 meeting rooms that feature state-of-the-art technology, including wayfinding and programmable screens, as well as enhanced security features. Discreet service corridors make it easy to deliver catering and equipment.

The expansion is slated for completion in December 2020. The new facility will feature state-of-the-art design and technology.

Las Vegas Concrete Pour and Expansion by the Numbers:

For time lapse footage of the concrete pour and the latest pictures of the expansion, click here.