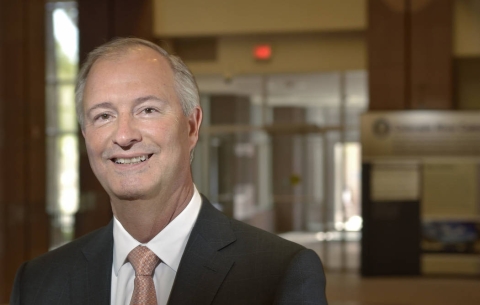 As part of an organizational restructuring that began in January 2016, The Las Vegas Convention and Visitors Authority’s CEO Rossi Ralenkotter announced the hiring of Steve Hill to fill the role of president and COO.

As part of the restructuring, the organization developed a c-suite structure for the executive office to better prepare for succession planning and create an organizational structure to better mirror and partner with the resort community.

Ralenkotter also announced the promotion of Cathy Tull to CMO and Ed Finger to CFO. Previous additions to the c-suite included Barbara Bolender as the Chief People Officer and Jacqueline Peterson as Chief Communications and Public Affairs Officer.

“In our continuing effort to maintain the LVCVA’s status as the premier destination marketing organization in the world, we established our new corporate structure to better reflect the resort industry and our hospitality partners in Southern Nevada,” said Rossi Ralenkotter, CEO of the LVCVA.

He added, “With these final appointments to our executive suite, we are better positioned to move the organization forward and develop more of our key staff to further improve upon our efforts to attract more visitors to Las Vegas.”

Hill comes to the LVCVA from his position as Executive Director of the Nevada Governor’s Office of Economic Development (GOED), a position he held since the agency was established by Governor Brian Sandoval and the Nevada Legislature in 2011.

Prior to GOED, Hill was a founder of Silver State Materials and Chairman of Service 1st Bank. He also serves as the Chairman of the Las Vegas Stadium Authority and will retain that position. Hill will join the LVCVA on Jan. 22.

Tull was promoted to the newly created position of Chief Marketing Officer, which was effective as of Jan. 1.

Ed Finger was promoted from Senior Vice President of Finance to CFO, following the departure of Rana Lacer, the organization’s first CFO.

Bolender joined the LVCVA in 2016 from Boyd Gaming and Peterson was hired in 2017 with previous experience at Live Nation Entertainment and Caesars Entertainment.

Lacer departs the LVCVA after serving as the Senior Vice President of Finance and Chief Financial Officer since2008.