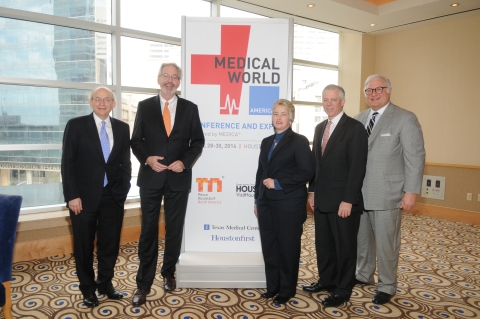 This past year was a busy one for the trade show industry, especially after making it through one of the worst recessions in U.S., and global, history.

Trade Show News Network was proud to be the industry’s leading online news source, and we worked hard to keep trade show professionals informed through our TSNN Weekly newsletter and TSNN.com Web site, as well as the TSNN Association Show newsletter, TSNN MedShow Monthly, TSNN Asia Exhibition News, TSNN ExpoFiles and not to mention our social media channels with 5,000-plus Twitter and another 6,000-plus LinkedIn followers.

We didn’t stop there, also offering monthly complimentary webinars that ranged in topics from "Ten Tips to Create an Exhibitor Retention Strategy " to "Thinking of Taking Your Show Overseas? Learn from the Experts!" to "How to Pick the Right Technology for Your Show".

TSNN also launched a news section completely devoted to event technology called TSNN Tech Corner on which there are stories on just about every aspect of the newest bells and whistles available to the trade show industry.

This year kicked off with the 11th straight quarter of consecutive growth for the U.S. trade show history, as tracked by the Center for Exhibition Industry Research. Though there was an increase in the first quarter of 2013 and the three subsequent quarters of the year, the growth slowed considerably year-over-year and lagged behind GDP.

In other words, we made it through the recession just fine, but that doesn’t mean we’re completely in the clear.

At the annual CEIR Predict conference, held in September in New York City, Bain & Company’s Austin Kim opened the one-day event with a session that took a look at the overall global economic outlook.

“The global economy is still in a wrenching readjustment that has been building for three decades,” Kim said.

Some major shifts he pointed out that started in 1980 included the doubling of the labor force worldwide (driven by China), as well as Baby Boomers in the U.S. hitting their consumption peak in 2010, meaning they will be spending less.

He added that “developing markets in general are facing the pop of a multi-year bubble with China at the middle.”

The Eurozone, though, seemed to be in for the bumpiest ride since, according to Kim, the worst problems there won’t even materialize until the end of this decade.

Even with the caution flags being thrown, this year marked several shows not only scoring impressive attendance increases, but also a lot of them actually broke records, including PMMI’s Pack Expo Las Vegas, Global Pet Expo, CEA’s International CES and SFA’s Summer Fancy Food Show, to name a few.

Shows in specific niche sectors also did well, such as Hart Energy’s DUG East Show for the shale industry, which saw a 30-percent attendance jump at its show in Pittsburgh.

So, even if the overall trade show industry is experiencing slowing growth, there still are plenty of shows bringing in record crowds.

Another interesting development this year was a new show-ownership model emerging here in the U.S., with convention and visitors bureaus, including Houston’s and Boston’s, taking stakes in shows.

Germany-based Messe Duesseldorf organizes MEDICA, the world’s largest annual medical trade fair, with more than 4,500 exhibitors and 130,000 attendees, which Medical World Americas will be modeled after, according to show management.

Greg Ortale, GHCVB president and CEO, said that Medical World Americas, as well as Total Energy USA, another show they are invested in, are part of an overall strategy the bureau is committed to focusing on going forward.

"It is representative of a new initiative in our organization to capitalize on the business strengths of Houston and draw appropriate conventions and events, particularly in the energy, healthcare and aerospace industries,” he added. “This is the European model, so why don’t we learn from the Europeans?”

The Massachusetts Convention Center Authority’s Executive Director James E. Rooney said that his organization also saw the value of putting a stake into launching shows in Boston. The MCCA recently announced two shows they have a piece of – the Culinary Intelligence Summit debuting in June at the John B. Hynes Convention Center and the Advanced Audio + Applications Exchange (A3E) in September also at the Hynes.

Houston and Boston are likely just the first of other cities who are looking to fill dates on their calendars by partnering with show organizers to launch new shows in their own backyards.

Another big story last year involved the governor of New York stepping in to move a boat show at the Jacob K. Javits Convention Center of New York off of its traditional December dates to January dates, resulting in the disruption of several other longstanding shows.

It definitely caused a lot of conversation in the industry and, from what I’ve been told, it still hasn’t been resolved.

Mergers and acquisitions news this past year was just one-off deals here and there with companies adding onto their portfolios until private equity suddenly popped up again in May with Toronto-based PE firm Onex emerging as the buyer of Nielsen Expositions from Nielsen Holdings N.V. for $950 million in cash consideration.

The year also ended with a flurry of deals that included the renamed Nielsen Expositions to Emerald Expositions acquiring George Little Management from Providence Equity Partners for $335 million and the National Association of Broadcasters buying Content and Communications World (CCW) and Satellite Communications Conference and Expo (SATCON) from JD Events.

There’s a lot more private equity money out there and the trade show industry still is a desirable investment so it will be interesting to see what M&A deals this year brings.

As far as overseas activity goes, the BRIC (Brazil, Russia, India and China) countries used to be the go-to place to launch new shows, but now there’s a new acronym that’s grabbed the spotlight – MINT (Mexico, Indonesia, Nigeria and Turkey).

Don’t believe me? Take a look at this chart from the BBC showing the annual estimated GDP of the MINT countries by 2050.

Another story that caught a lot of people’s attention was the dust up that occurred between Reed Exhibitions, the long-time manager of The SHOT (Shooting, Hunting and Outdoor Trade) Show, and the show’s owner, the National Shooting Sports Foundation that resulted in Reed losing the show’s contract.

In January, Reed decided to ban assault weapons and high-capacity magazines at its Eastern Sports and Outdoor Show and there was an ensuing outcry not only from exhibitors and the National Rifle Association, but also NSSF.

Chet Burchett, Reed’s president for the Americas, said at the time, “Our original decision not to include certain products in the Eastern Sports and Outdoor Show this year was made in order to preserve the event’s historical focus on the hunting and fishing traditions enjoyed by American families.”

That decision not only led to the Eastern Sports and Outdoor Show’s cancellation, but also ultimately NSSF severing ties with Reed.

This year also saw a few veterans of the industry announce that they were stepping down from their roles, such as Diversified’s Nancy Hasselback, CEIR’s Doug Ducate and John W. Spargo from Spargo & Assoc.

Most of all in 2013, TSNN, our team and I were thrilled to be a part of such a vibrant, amazing industry with such great people. We can’t wait for another year packed with exiting news and events.

If you ever have any news, or just want to reach out and let us know how we are doing please send me an email: TSNN President Rachel Wimberly, rwimberly@tsnn.com.

Trade Show News Network Unveils TSNN Top 50 Canadian Trade Show List
Trade Show News Network (TSNN) has unveiled the TSNN Top 50 Canadian Trade Show list of rankings. Culled from show management and data supplied to TSNN, the list represents…
Trade Show News Network Launches TSNN Venue News E-newsletter
TSNN has launched a new e-newsletter – TSNN Venue News – that will be geared toward any and all news about the world of venues in which shows and events are held. Adding to…
Top Display Technology Trends for Your Next Trade Show
Businesses large and small present their latest and the most futuristic gadgets at the biggest confabs like the Consumer Electronics Show (CES) and Integrated Systems Europe…
TSNN Releases First-of-its-kind Data on 6-Year Trends of Top 250 Trade Shows
In an exciting trade show industry deep dive, Trade Show News Network, in partnership with data analytics company Bear Analytics, have teamed up to unveil a dynamic dashboard…
Trade Show News Network Signs on as Official Media Partner with UFI, the Global Association of the Exhibition Industry
Trade Show News Network (TSNN) has signed an agreement to become an official Media Partner and member of UFI, the Global Association of the Exhibition Industry. Rachel…
Top Technology Trade Shows & Events
Technology is infiltrating every aspect of our lives. From the moment we wake up to the moment we get ready for bed, most of us interact with some sort of technology. While I…