World Routes Will Take Place in Chengdu, China in 2016 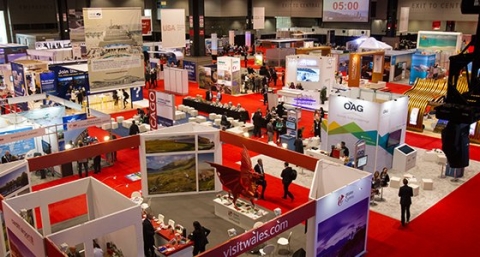 As World Routes draws to a close on the African continent, the Province of KwaZulu-Natal in Durban, South Africa, officially has handed the event over to Chengdu Shuangliu International Airport in Chengdu, China for 2016.

Speaking at the close of the 21st World Route Development Forum in Durban today, Huang Ping, minister of Chengdu Municipal Government, said: "Hosting World Routes in Chengdu gives us the opportunity to demonstrate, on a global stage, our success in building a national-level aviation hub serving international and domestic airlines.”

He added, “New routes to coastal China, as well as the rest of the world, means Chengdu is now firmly established as Western China's centre of commerce. In addition to advancing transport, technology, manufacturing and finance sectors, Chengdu also has some of the richest tourism resources in the world. We look forward to welcoming delegates and guests to World Routes next year to experience Chengdu's history, culture and renowned Sichuan cuisine."

Katie Bland, Director of Routes, said: "Chengdu is the perfect host for World Routes 2016 as they already have experience of hosting a successful Routes Asia in 2012. Air capacity from the city's Shuangliu International Airport has risen 24.5 per cent from just over 18.7 million seats in 2012 to a forecasted 23.3 million for this year, based on published schedules.”

She added, “New arrivals include a direct British Airways link to London Heathrow and a Qatar Airways link to Doha, which have helped boost passenger numbers beyond 37 million, pushing the airport into the world's top 40 by traffic demand.

China already has the second largest aviation system in the world and the State Council believe that developing the aviation industry is a national strategy, fundamental to the economic development of China's society. Hosting World Routes will help keep Chengdu in the leading position to support the development of Western China.

The city has retained double-digit growth in Gross Domestic Product every year over the last 20 years and ranks first in Forbes' global list of the fastest-developing cities in the next 10 years. Chengdu is also regarded as one of the top historical and cultural cities in China, with more than 2,300 years of Chinese heritage.

GRAPH EXPO Will Take Place in Orlando for First Time in 2016
After making its home in Chicago for a long time, Graph Expo will be moving to the Orange County Convention Center in Orlando in 2016 for the first time. The show, owned by…
CEIR 2021 Predict Conference Will Take Place in Person at MGM National Harbor
What is the trade show industry going to look like in a post-pandemic “new normal?” That is the burning question the Predict Annual Exhibition Industry Outlook Conference…
ibtm china 2016 Will Focus on Sustainability, Social Media Strategy, Best Practices
ibtm china 2016, scheduled Sept. 7-8 at the China National Convention Centre (CNCC), is set to deliver an impressive line-up of international speakers, who will host…
More Design-related Events to Take Place at Intertextile Shanghai Home Textiles
In step the rising interest in China for high-end home textile products, a greater focus is placed on design-related events and exhibitors at this year’s Intertextile…
Darren Guo Takes the Lead at NürnbergMesse China
NürnbergMesse China officially has been under new management since July. Darren Guo, already interim managing director since March, now will occupy the position permanently…
Messe Duesseldorf Will Take Part in AACC Clinical Lab Expo 2018
Messe Düsseldorf will participate in the AACC Clinical Lab Expo 2018 in order to promote its “MEDICAlliance” program of regional and international medical trade fairs…