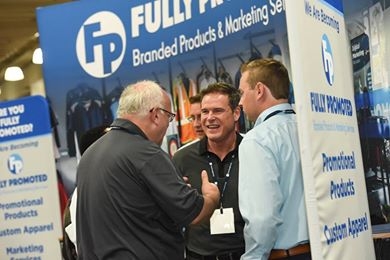 A portfolio of developmental events in Latin America and Europe also are part of the acquisition.

He added, “They have established themselves as market leaders in their field by remaining dynamic, and responsive to the needs of attendees and exhibitors. The shows and related media are a critical component for an industry that plays such a significant role in the economies of the United States and Mexico, and has a massive impact on States, Cities and local communities by creating millions of jobs. We look forward to continued success and welcome the MFV Franchise team to the Comexposium Group.”

These additions to Comexposium’s event portfolio will strengthen its position in the franchise/retail sectors and expands its presence in the American and Latin American markets, according to Comexposium officials.

Tom Portesy, CEO of the U.S. Franchise events, and Jude Garcia, CEO of the Mexican activities, will report to Corrick.

MFV was represented by The Jordan, Edmiston Group, Inc., a New York City based investment bank that specializes in the media, information, marketing services and related technology industries.

Informa Buys Virgo Portfolio with Six Shows
London-based Informa bought Phoenix-based Virgo, which has six trade shows and conferences and will become part of the company’s Global Exhibitions Group.Financial details of…
Tarsus Group Buys Stake in Shanghai-based Show Portfolio
In its latest trading update, U.K.-based Tarsus Group not only said its remaining events for the year are in line with its expectations and forward bookings for 2017 are…
Informa Exhibitions Buys $133 Million U.S. Boat Show Portfolio
U.K.-based Informa's Global Exhibitionsdivision bought Yachting Promotions, the operator of some of the largest yachting and boat shows in the U.S., for $133 million. “With…
U.K.-based Charterhouse Buys Unibail-Rodamco’s 50-percent Stake in Comexposium
Unibail-Rodamco SE, Europe’s largest listed commercial property company,  and the Chamber of Commerce and Industry of Paris Ile-deFrance (CCIR) have entered into an…
Reed Exhibitions Buys Mexico-based Grupo Fidalex Portfolio
Reed Exhibitions continues to expand into Mexico with the recent buy of event organizer Grupo Fidalex, which has 15 brands in the country. Terms of the deal were not…
Marketplace Events Buys Six More Home Shows for Fast-growing Portfolio
Marketplace Events continued to expand its fast-growing home shows portfolio with the purchase of six more events from Southern Shows All events in this transaction are…