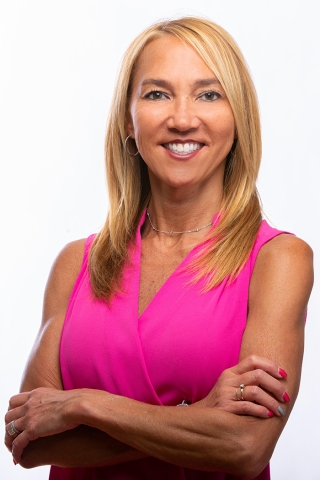 The Exposition Development Company Inc. (ExpoDevCo) has been busy bolstering its partnership with the Society of Independent Show Organizers (SISO) by hiring a content and media director and extending its management agreement with the leading trade show industry association.

On Jan. 3, award-winning trade show industry journalist, Danica Tormohlen, assumed the newly created role of SISO’s content director, publisher and editor-in-chief, responsible for all of the organization’s media activities, communications and content creation. She joins the SISO management team full-time after working as an independent contractor on multiple case studies and communications projects for SISO over the last 14 months.

Having covered the trade show industry since 1994, Tormohlen most recently served as editor-at-large for Trade Show Executive, where she wrote and produced news, features, case studies and profiles, a weekly e-newsletter, social media channels and the website for 10 years. Prior to that, she served as editor-in-chief and publisher of EXPO magazine, where she worked from 1994 to 2010.

“My entire career has been spent in the trade show industry, and I look forward to continuing that tradition by providing relevant and timely content to SISO members through conference programming, newsletters, case studies, social media and online platforms,” Tormohlen said.

Tormohlen currently serves as co-chair of the education and events committee for the Women in Exhibitions Network North American Chapter and previously served on IAEE’s education committee. She has spoken at a variety of industry events, including SISO, IMEX, IAEE, UFI, Large Show Roundtable, American Business Media, ASBPE and many more.

In her new role, Tormohlen will also be responsible for developing and managing all SISO conference content, and coordinating and leading the SISO Content Planning Committees. Upcoming SISO conferences in 2022 include the CEO Summit, set for March 21-24 in St. Petersburg, Fla.; the SISO Summer Conference, to be held Aug. 9-11 in Oklahoma City; and the inaugural Asia CEO Summit, scheduled for Oct. 4-6 in Singapore.

“We are thrilled to have Danica joining our full-time staff,” said David Audrain, CEO and partner of ExpoDevCo and CEO and executive director of SISO. “She brings decades of experience in our industry with a tremendous reputation and knowledge that will be incredibly valuable to this new role for SISO.”

Tormohlen can be reached at danica@siso.org.

In addition, ExpoDevCo and SISO recently signed another three-year extension of the management services agreement currently in place. Originally established in 2015 and running through the end of 2024, the new agreement continues the services provided by ExpoDevCo, including all association staff, member services and event management, with David Audrain continuing to serve as CEO and executive director.

“We are very pleased to have renewed our agreement with David and the ExpoDevCo team,” said Hervé Sedky, current SISO board of directors chair and CEO of Emerald. “They have done an exceptional job making SISO the most valuable membership a show organizer can invest in. We look forward to the continued growth of SISO under David’s leadership.”

SISO members include companies, corporations and other for-profit entities that own, produce or provide full-service management of face-to-face trade shows, consumer shows, expositions, conferences and events. SISO membership is a combination of large corporations and small entrepreneurial enterprises that do business around the world.

Boasting 200-member companies that produce thousands of events across the globe, the organization’s mission is to meet the common needs of its members by providing peer networking opportunities, education, industry information, streamlined business processes and best practices in the industry.

“SISO is a unique global organization, representing the majority of the largest show organizers in the world, as well as many of the small entrepreneurial ones,” Audrain said. “The SISO CEO Summit is the largest and most important annual gathering of C-Level executives from around the world. SISO has been of tremendous value to me and our company over the years, and I am very happy to be able to give back to an industry that I care deeply about.”